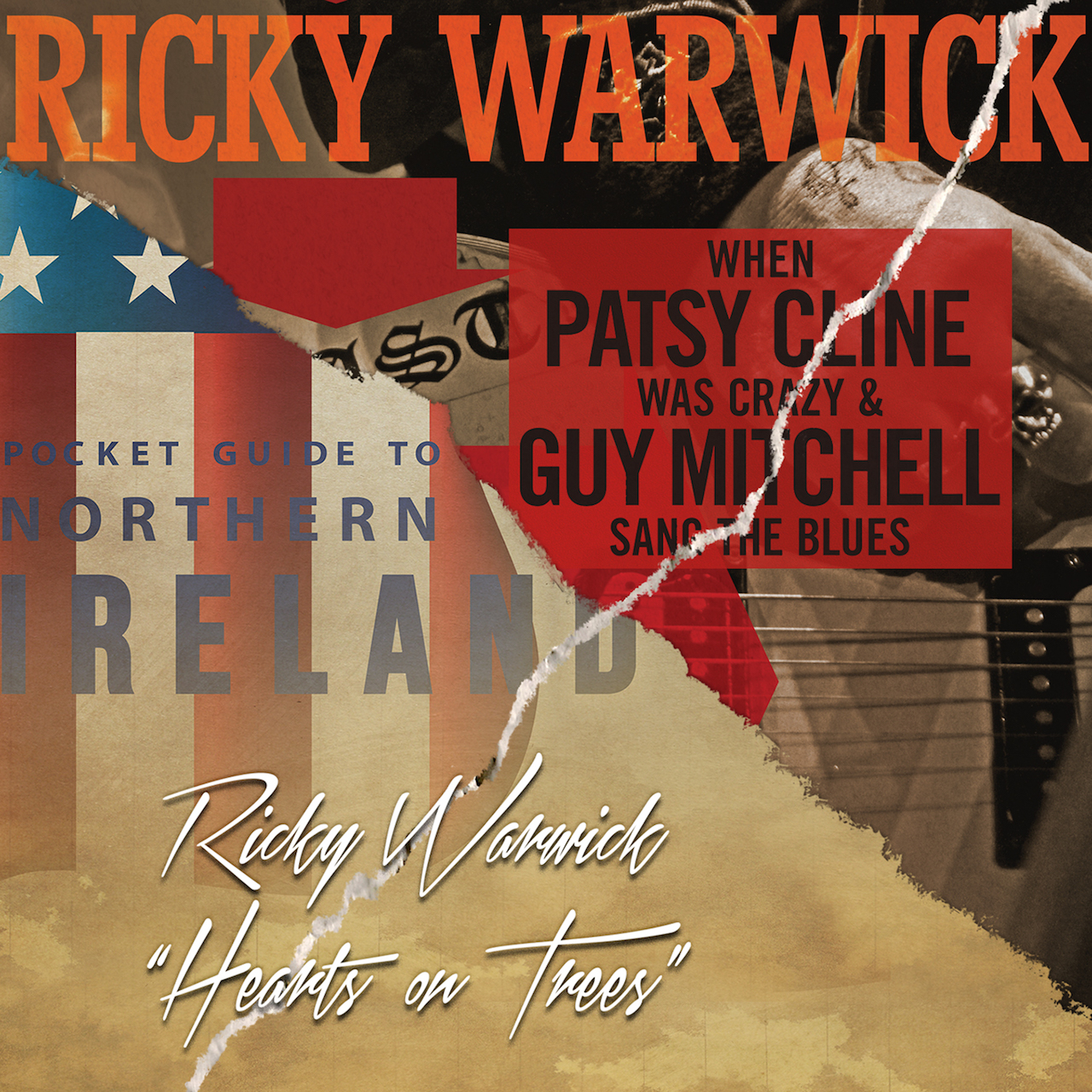 Most of you fuckers our there probably know legendary guitarist/vocalist Ricky Warwick for his work with The Almighty, Black Star Riders, and the reformed Thin Lizzy, but the man has also released some brilliant solo albums that are worth well seeking out and digging into. This 2CD set of his contains two albums, the mellow «Hearts on Trees» and the delightfully gritty «When Patsy Cline Was Crazy (And Guy Mitchell Sang The Blues)». As you can probably imagine, both albums are filled to the brim with passionate and intense songs that are bound to move you one way or the other. You can definitely tell that Warwick and his fellow musicians have poured their heart and soul into these tunes.

Songs such as «Toffee Town» and «That’s Where the Story Ends» are masterpieces. Then there is something like «Presbyterian Homesick Blues», which sounds like Dylan-gone-to-hell, and I mean that as a compliment, and a big one at that. The majority of songs have a sense of longing and loneliness to them that appeal to me greatly. Musically, there are hints and traces of traditional Irish music, country music, folk music, rock, classic rock, and hard rock. As with pretty much any release that Warwick appears on, strong melodies are at the forefront. The vocals are passionate and yet strangely intimate somehow.

«When Patsy Cline Was Crazy (And Guy Mitchell Sang the Blues)/Hearts on Trees» is truly a warm, heartfelt, and haunting double album that will stay with me for a long time to come. You can tell that these songs were conceived organically, because nothing sounds forced or too thought-out. As if Warwick was not already inhumanly awesome enough due to his work with BSR, Thin Lizzy, and The Almighty, he goes and do something like this. Heck, this particular 2-CD release may well be the best thing he has ever done. Intrigued? Well, you fucking should be as this is some compelling stuff, so do yourself a favor and check this one out now.