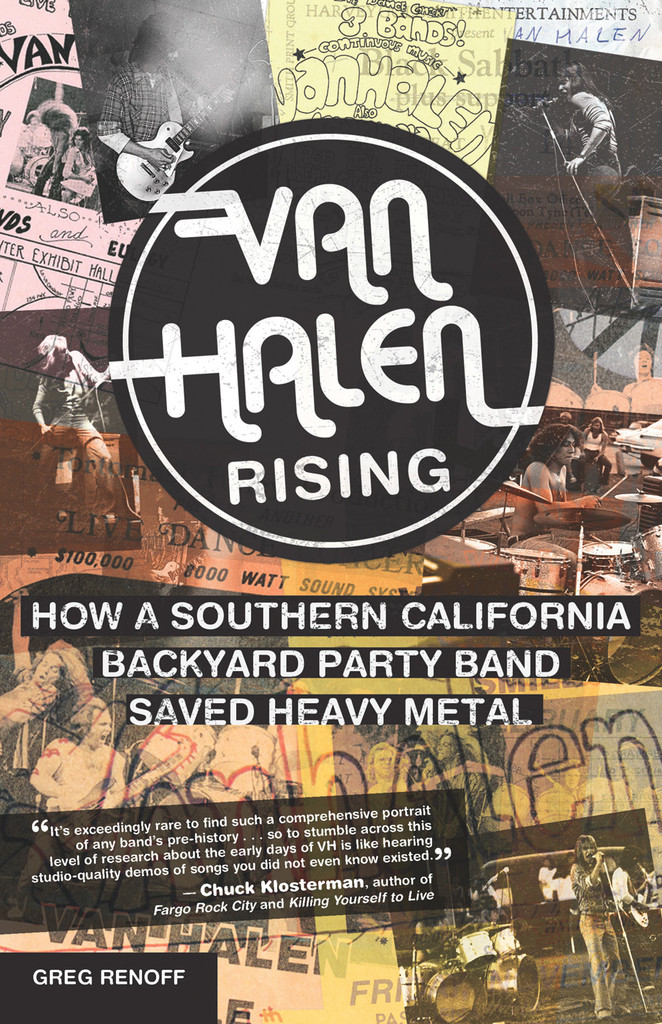 Instead of trying to come up with some cool and mile-long introduction, let me just skip the bullshit and simply state that author Greg Renoff has written an awesome account of how the legendary big rockers Van Halen came into existence and how they took the world by storm when they released their first album, namely the classic self-titled assault. The book basically covers the humble beginnings of the band as well as how and why they struck a deal with Warner Brothers. It also touches on the impact of the debut album, both musically and culturally, that is. Everything from the very second Eddie Van Halen picked up a guitar to when him and his brother along with David Lee Roth and Michael Anthony blew every soul away at the Long Beach Arena in 1978 (and just about everything inbetween that your tiny-sized brain can possibly think of) is covered in great detail by Renoff. This is some powerful stuff, ladies and gentlemen.

Now, allow me to explain why I really treasure "Van Halen Rising" and why I find it so inspiring and captivating. For one thing, the amount of research that Renoff has conducted is mindblowing. I have no other word for it. I am truly and utterly impressed. Also, so many people have been interviewed that it borders on the absurd. Even those who only had an insignificant relation to Van Halen have been interviewed. No stone is left unturned. Truly amazing. As I mentioned before, the book mainly focused on the early years of the band, but that is not all. Everything from their childhood and upbringing to how Van Halen influenced the music scene in LA and beyond in the 70s are analyzed and dissected, but in a very lively and entertaining way. Despite the amount of details and dates and whatnot, the pace of the story never really slows down. When reading the book it kind of feels like you are hanging out with Van Halen everyday and watching their every move, which is a thrill, to tell you the truth. I especially found the stories relating to Gene Simmons’ involvement with Van Halen intriguing and thought-provoking. It was also very cool to read what Tracy G (ex-DIO) thought about those early Van Halen shows in and around LA and how they influenced him. Recollections and anecdotes like that are priceless. Good thing Renoff has recorded them in the well-written, cohesive, and coherent book that is "Van Halen Rising".

In a certain sense, the scope of the book is quite huge, because it is not merely about how four unique and extremely talented youngsters ended up playing kick-ass rock ‘n’ roll and living the dream while touring their asses off. "Van Halen Rising" is, simply put, a great piece of literature that looks beyond the existence of the band and explores things such as hopes and dreams, triumphs and defeats, and the importance of the journey itself as opposed to reaching the destination. It is also about being inspired and inspiring others while risking everything and overcoming (self) doubt. It is about sheer will power. I highly recommend this book. Whether you are a hardcore fan of the band or not is of little relevance. This is simply gripping.