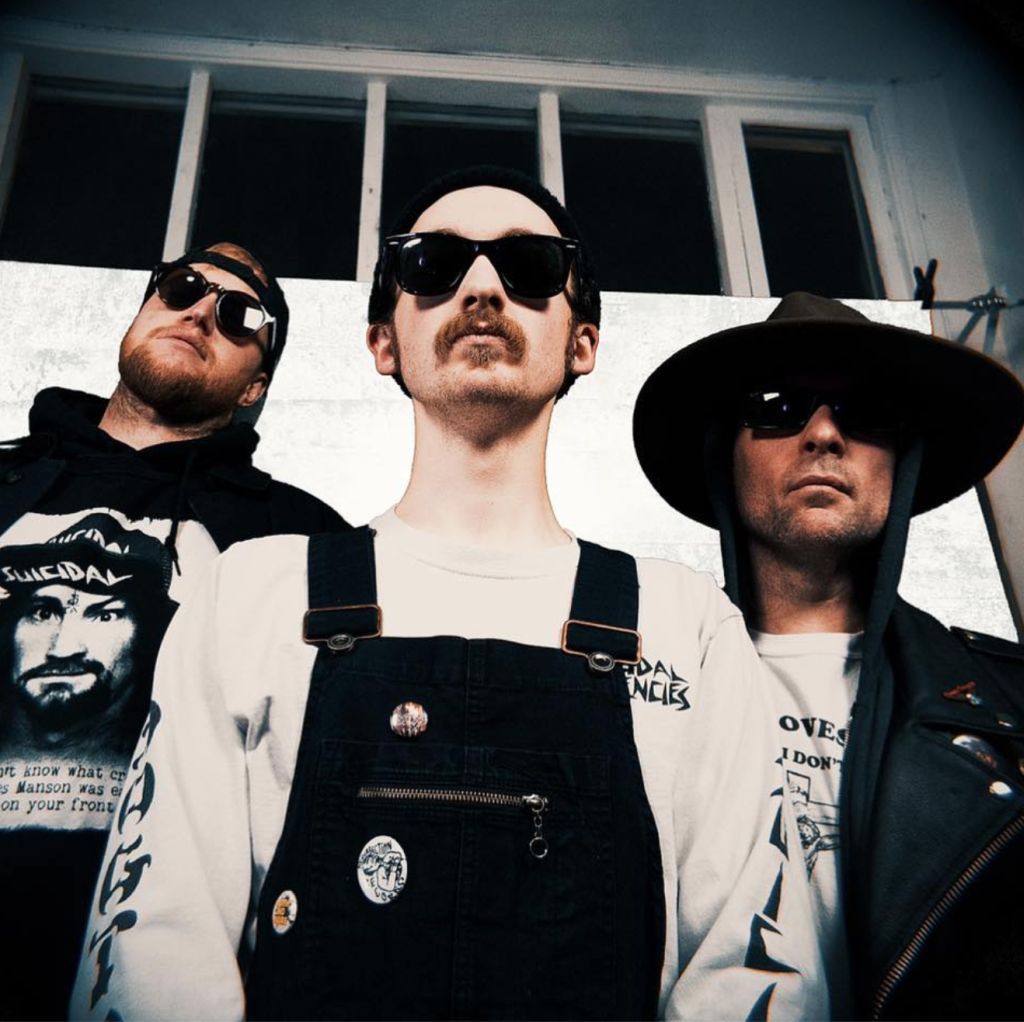 The Pacific Northwest-based Twin Void is a formidable rock and roll machine that has steadily become credible contenders in the regional scene. The band features road-tested musicians, including frontman & founder Nathan Bidwell on vocals & guitar. The band plays with an energy and ferocity that has gained them the reputation as a must-see live act! They believe in what they do and continue to deliver memorable heavy music on their terms. These determined heavyweights continue to write, record, and play select national dates as they work on the next batch of tunes.
Below is a chat telling us about what the band is up to and about their releases so far

Introduce your band and describe your latest release:
We are a stoner Rock ‘n Roll band from the PNW, we got Nathan on Vocals and guitar, Mike on bass and Cory on Drums. We currently have “Free From Hardtimes” available now through Electric Valley Records, we’re so stoked to be finally releasing this killer album and on such a killer label, and we’re hitting the road in April for the “Back to Hardtimes” tour

What’s the hardest part about being a band in this day and age?
Well, this tour the gas prices are gonna be the hardest, but other than that I think a hard part of being in a band is that there are so many bands nowadays especially over quarantine, but it’s also a god thing too.

When did you realize that your project had the potential to be much more than just a fun idea?
I know it sounds crazy but when we played the Warlando festival with Judas Priest, we got such a great response I feel like our band really started at that point.

Tell us about your latest release, why should we check it out?
“Free From Hardtimes” was written and recorded in the whole time span of quarantine so it has a lot of emotions to it, especially sadness from the passing of so many great musicians that year. And of course, the overall insanity that was 2020.

How does a song typically come together for you?
So usually Me (Nathan) writes and demos out all the songs so the band has the general idea of the songs then we all learn them and it’s easy as that.

How would you describe your sound to an unfamiliar reader?
I would describe our sound with 3 words, Dirty, Sleavy and Heavy.

What do you want listeners to take away from listening to your band?
I would really like people to connect with the lyrics, when I write lyrics for songs I like to write about real life experiences and events so I hope they help people as much as it helped me.

Where would you really like to tour that you haven’t done so yet, and why?
Europe is our next goal, even though it is a far journey and will be very expensive I think we’re gonna try to make it over there soon.

How would you say that the sound of your band has progressed over the years?
I think its progressed not only musically but sonically, we recorded it in the best studio in Spokane and I spent so much time on those songs, its progressed almost on every level.