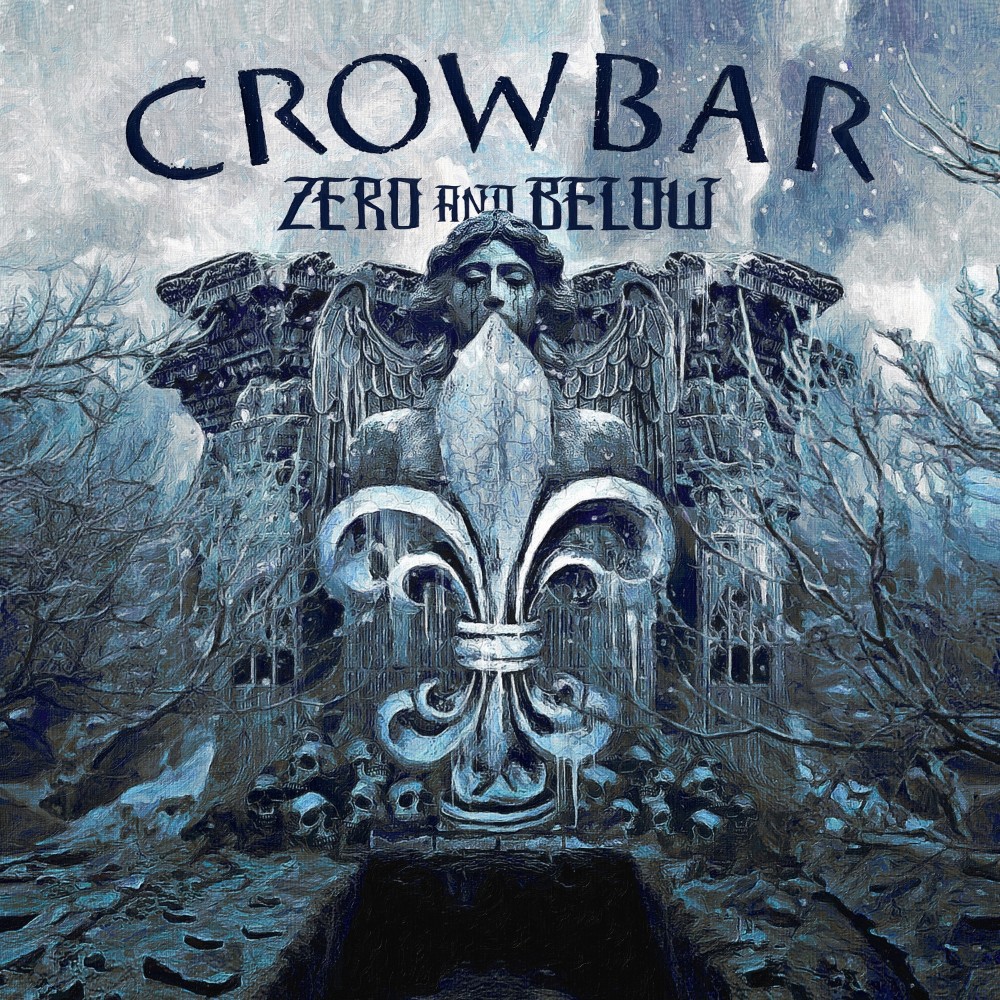 The New Orleans, Louisiana based sludge stoner doom and equal parts hardcorers Crowbar are among the most beloved bands in metal due to the consistent quality and longevity while staying true to their core sound or, as Metal Hammer once observed “exist in a genre of one”.They are one of those bands with which, whether you hear them from somebody’s car or on the radio you instantly recognize them and there’s no mistaking them for anyone else except, maybe for Down and that’s likely because both bands have the same guitarist, the mainman, Kirk Michael Windstein (born in the UK military installation to New Orleans parents) without whom there would have been neither Crowbar nor Down. Crowbar is also one of the first bands to embrace the positive and affirmative lyrics over dark and sinister ones dominating the scene in no small part to Windstein’s professed but not much known Christianity which, interestingly, does not keep him from friendhips with philosophically opposite artists such as Philip Hansen Anselmo (known for his severe criticism of Christianity in Pantera’s lyrics as well as his tenure in the Satanic black metal act Christ Inversion which he had personally formed) all of which speaks positive volumes of Windstein’s character and personality reflected in Crowbar’s lyrics with phrases such as “die then arise again” (Bleeding From Every Hole), “you can’t burn the sin” (Crush Negativity) or “embrace the sacrifice/unearth the afterlife” (Reanimating A Lie), words, even if sometimes negative but always with a consistently positive spin.

Personally, I started paying attention to these guys well into their discography, after “Obedience Thru Suffering”¹⁹⁹¹, the eponymous¹⁹⁹³ and “Time Heals Nothing”¹⁹⁹⁵ but before “Broken Glass”¹⁹⁹⁶, when Down, consisting of Windstein, Anselmo, Pepper Keenan (Corrosion of Conformity), Jimmy Bower (Eyehategod), and then Crowbar bassist Todd Strange, released their phenomenal debut album “NOLA”¹⁹⁹⁵ whereby I heartily embraced the fantastic “Odd Fellow’s Rest”¹⁹⁹⁸, Crowbar’s 5th album which featured one of my favorite songs, “Planets Collide”. It is this album which, both the label promo and I could compare “Zero And Below” to. The other albums between it and now I have abundantly sampled and appreciated via youtube but was never actually taken by any specific album until this one, released earlier this year.

Essentially, there’s nothing here that doesn’t take you back to the XXth Century, when things were easier, people kinder and the world more peaceful. Why, the opener is pure “NOLA” as is the “Stone The Crow”- like “It’s Always Worth The Gain”, most likely on purpose, but then again, it’s the same guitar. My personal favorite is the Panteric ballad “Denial Of The Truth” – the melody, the power, the vocals and the changing pace all scream “Far Beyond Driven” or “The Great Southern Trendkill”, a tribute to Diamond Darrel as it were which is even more evident on the “It Makes Them Disappear” meets “Throes Of Rejection” crusher “Reanimating A Lie”. It’s Pantera’s “Live In A Hole” I also hear in another favorite “Confess To Nothing” balanced with My Dying Bride melodiscism as well as “Ugly” Life Of Agony (LOA). On that last reference, the aforementioned “It’s Always Worth The Gain” has a crushing riff recalling LOA’s “This Time” from the classic “River Runs Red” and 90s Biohazard but, let’s be real, Crowbar have existed since 1979-1988 (as Shell Shock) thru 1988-1989 (as AfterShock) thru 1989 (as Wrequiem) and 1989-1990 (as Slugs) finally settling as Crowbar to date, whereas LOA formed in 1992 during the hardcore explosion which gave us acts such as Biohazard, Pro-pain and Merauder, all of which cite Crowbar as inspiration. Naturally, as peers, Crowbar sometimes recalls 90s Corrosion Of Conformity and the fantastic albums such as “Deliverance” and “Wiseblood” (Chemical Godz, title track). Technically, there’s nothing here that you haven’t already heard on “The Serpent Only Lies”²⁰¹⁶, “Symmetry In Black”²⁰¹⁴, “Sever The Wicked Hand”²⁰¹¹ or “Lifesblood For The Downtrodden”²⁰⁰⁵, BUT the biggest surprises is influence heretherto either not as prominent or simply previously absent such the death metal transitions a’la “Slowly We Rot” Obituary (“Reanimating A Lie” again) or Asphyx (“Denial Of The Truth” again) during which I dare you not to rattle your doggone head.

All of the 10 tracks easily deserving 5/6 it’s not easy to pick a favorite, although I did and give “Denial Of The Truth” a 5.5/6. However, after extra application (beyond the regular 4 spins) I find “Her Evil Is Sacred” not as gripping as the rest, but there’s nothing else I really could find fault with here. The sound is both classic and crushing, the songs are varied catchy and consistently fun, Windstein, Matt Brunson (guitar), Shane Wesley (bass) and Tommy Buckley (drums) are at the top of their game and Crowbar proves their relevance, that they still have much to say and sound after over 30 years of existence. I can’t imagine any Crowbar fans disappointed with this one.