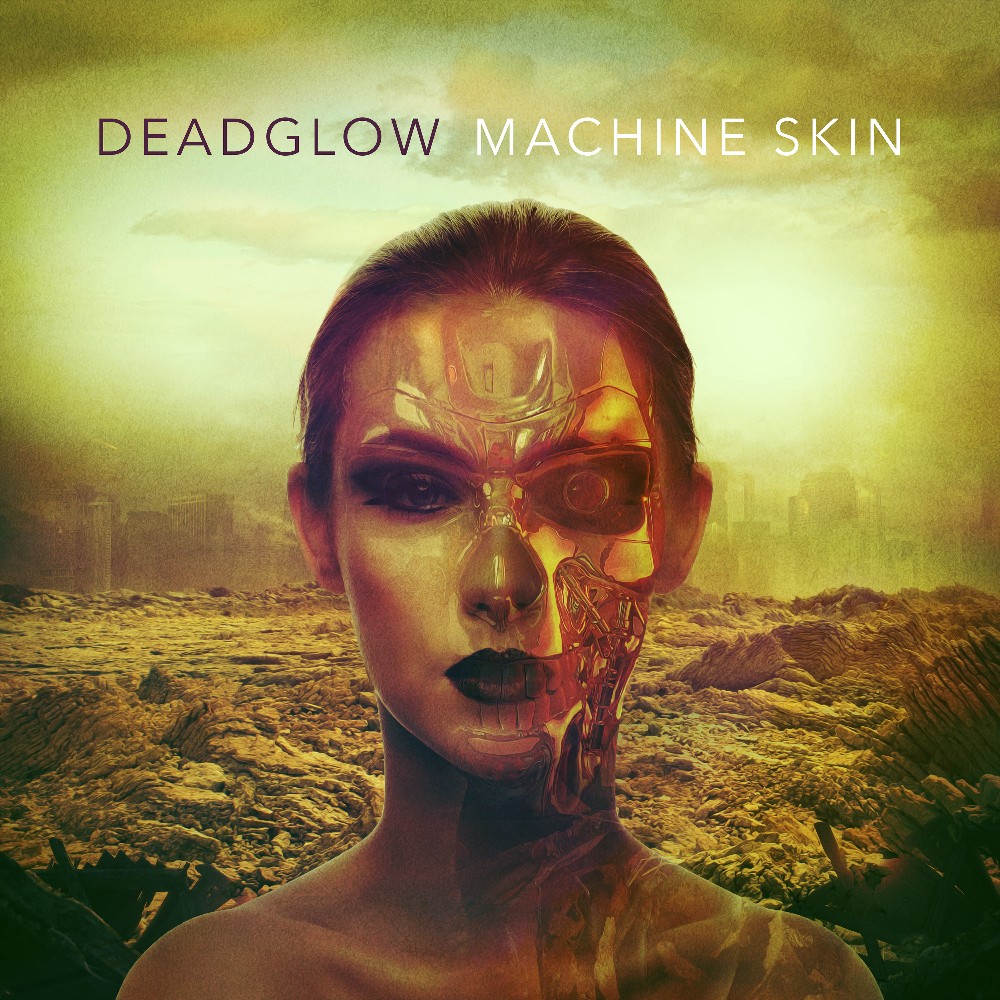 One of the greatest joys of being a reviewer is when one finds a fresh new eclectic band which defies easy categorization. Last year it was Never End’s “The Cold And The Craving” along with, this here, Deadglow’s “Machine Skin”, which came out independently courtesy of Devographic Music Agency. The sound is most akin to “Songs Of Faith And Devotion” Depeche Mode and “Achtung, Baby” U2, which both happen to be some of my favorite records, however, with a decidedly grungy Pearl Jam, Alice In Chains, Soundgarden and even early Stone Temple Pilots edge to it, and, finally, doused in a progressive rock a’la Pink Floyd, Fish Marillion and even goth rockers The Cure, but that’s still not all there is to it, for styling of latter Death, Prong as well as the mighty Iron Maiden are also evident. All of this in no small part due to the fact that all three gentlemen comprising Deathglow (named after Stephen King’s “It” clown Pennywise just before the human meal), Jukka Ruottinen (vocals), Juho Mikkonen (drums) and Simo Lukkari (guitar & bass) are phenomenal seasoned musicians with truckloads of experience in various Finnish bands. To quote vocalist Ruottinen, whose tone of voice is somewhere between Depeche Mode’s David Calcott Gahan and The Cure’s Robert Smith, “the visual inspiration comes from Simo’s love of all kinds of classic Sci-fi and Horror…it’s all about the state of this world, humans will destroy all nature and eventually nature will have its revenge…the machines will get us”, all of which could easily get out of hand in less capable hands but is perfectly balanced on “Machine Skin”.

When you look at some of the song titles and consider the most dominant influences on them you can’t help but feel as if the stylings are almost if not downright a matter of tribute. For instance, “Nothing To Fear”, the exact title as on Depeche Mode’s “A Broken Frame” album to reflect the stylings, but I also hear “We Are The Void” Dark Tranquility, Katatonia and Nevermore on one of these my favorite tracks so that’s cool. Didn’t Alice In Chains have a single “Got Me Wrong”? Well, here’s “Got IT Wrong” for ya, down to Layne Staley-like vocals, although riffwise this one is more akin to Stone Temple Pilots’ “Sextype Thing” known from the repetitive MTV rotation back in the early 90s. Whenever you get to my second favorite, “Escape”, and note the “Low” Testamentian, “Awake” Dream Theatrical and, most notably, “Powerslave/Somewhere In Time” Iron Maidenic riffing with a totally latter Death-like ripping guitarwork, if you pay attention, it almost quotes Iron’s “Remember Tomorrow” which is most likely why they later cover it – a decent cover but in my view ill-fitting here. Thanfully, the following “The Last Ones” is excellent, here a little “Fiction” Dark Tranquillity (complete with Michael Stannean vocals), there “Set The World Afire” Annihilator with, again, “The Ritual” Testament, the track followed by the also excellent “Reckoning Day” (howbeit without references to either Megadeth or Diecast), a slightly metalcorish affair a’la All That Remains with elements of Prong topped off with a fantastic solo worthy Kirk Hammett from Metallica’s “Ride The Lightening”, all of which is to prepare us for the conclusion – the massive 3 part progressive rock etiude “Your Blood”, like a slowly moving progressive “Titanic” inevitably headed for an iceberg of the end. I’m not sure it needed be over 12 minutes long, though, especially since it ends by a fade out, anyway, but it’s still a very good composition showcasing the trios incredible talent, skills and abilities.

Is the album groundbreaking? Heck yeah, along with the aforementioned Never End, it shows that eclectic music can meld such unlikely fellows as classic heavy metal, grunge and 80s and 90s syntpop with fantastic results. It isn’t perfect, the songwriting could have been more to the point in places but this is a debut and, as such, it shows great potential for what’s to come and for this reason comes highly recommended.