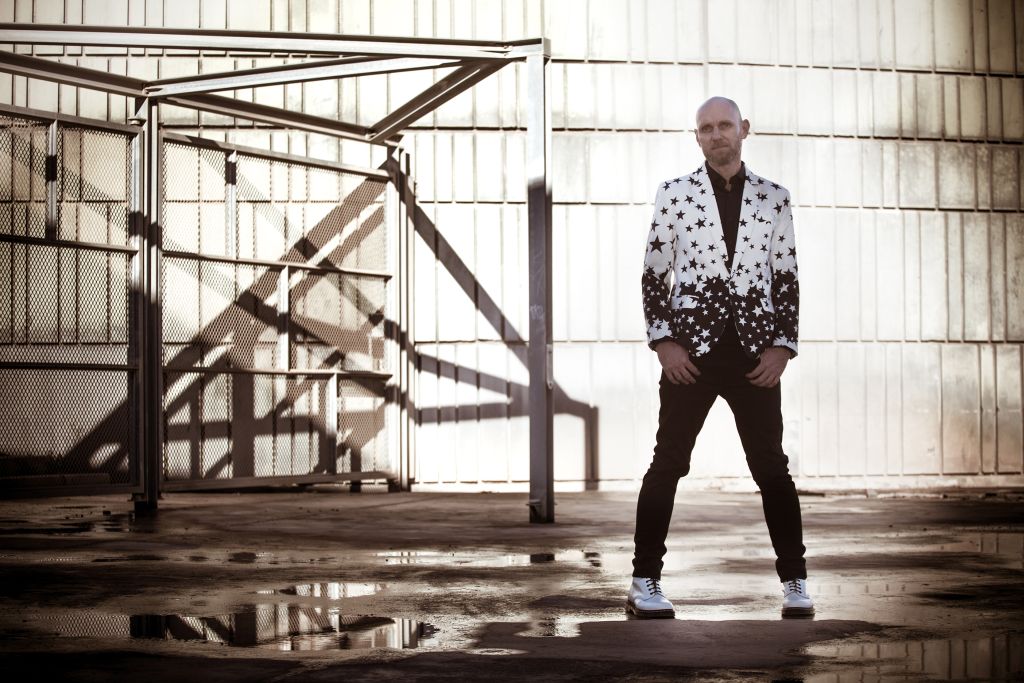 An interview with Christian of A Permanent Shadow, a Barcelona based project who describes their own music as “heavily indebted to David Bowie, Lou Reed and Iggy Pop with a slice of New Wave and Synth Pop”. A Permanent Shadow is a band encompassing post-punk, funk-punk and synth-pop.. Its only fixture is CP Fletcher who puts together the recordings by using interesting artists for various aspects of the project. Below you can find some more info and words about the latest release, “This Energy”

What’s the hardest part about being a band in this day and age?
I’d say the promotion. It’s a true hassle to get your music out there. There are so many dodgy “agents” and “promoters” who just want your money and have nothing to offer in return, you really need to learn to navigate around all the charlatans and try to find the right people to work with to get your music across to an audience. Selling your music I think is the hardest part.

When did you realise that your project had the potential to be much more than just a fun idea?
I’ve never viewed music as just fun. For fun you get four guys I a room to make a racket and get drunk on a Saturday night. If you feel you have something to say and you dedicate time, effort and money to your creations, it’s a bit more than just fun. Now, if there’s a potential or a market place for what you do is not for you to decide. You can only do the best you can and hope for it not to fall on deaf ears.

Tell us about your latest release, why should we check it out?
We have a new single out on January 7th. It’s called “This Energy” and is about how in the digital age we lose contact with other human beings and also with nature, what with most interactions being online these days and the prominence of social media. We’ll release three different versions, a dance remix, the seven-minute album version as well as an edit. It’s worth checking out because it has a catchy chorus and some funny musical references which might not be easy to spot on first listen.

How does a song typically come together for you?
Lyrically, I don’t do much boy-meets-girl stuff. I write about topics that impress me or have an impact. Once I go off a certain tangent I can write many songs about this subject matter in a short period of time. Musically, I usually come up with the basic melody and then team up with my two producer friends who flesh the songs out with arrangements.

How would you describe your sound to an unfamiliar reader?
A Permanent Shadow’s music is heavily indebted to David Bowie, Lou Reed and Iggy Pop with a slice of New Wave and Synth Pop. And hopefully listeners will think that we have our own personality.

What do you want listeners to take away from listening to your band?
We put a lot of thought into the lyrics and the arrangements. Some of the songs might not stick with you for the first time, but if you are willing to give them a couple of spins you might discover new layers, both musically and lyrically.

Where would you really like to tour that you haven’t done so yet, and why?
I’d really love to take A Permanent Shadow to Eastern Europe and to the Far East. I have the feeling that audiences there would be very appreciative of our music. That aside, these are countries I’d love to visit anyway.

How would you say that the sound of your band has progressed over the years?
We are about to release our second album. I think it’s fair to say that it’s a more confident and varied affair than the first record. On your first album you basically try to find your feet, whereas on the next few you allow yourself to be more expansive.

How excited are you for 2022, and what can fans expect from you?
We’ll have a few more singles out until the release of “Humdrum”, our second longplay. And then we’ll record a covers EP which I’m really excited about. Playing live will hopefully be part of our promo campaign for “Humdrum”, though there’s nothing confirmed yet. And towards the end of the year we’ll start recording our third album. You see, we are not planning to lay low in 2022.