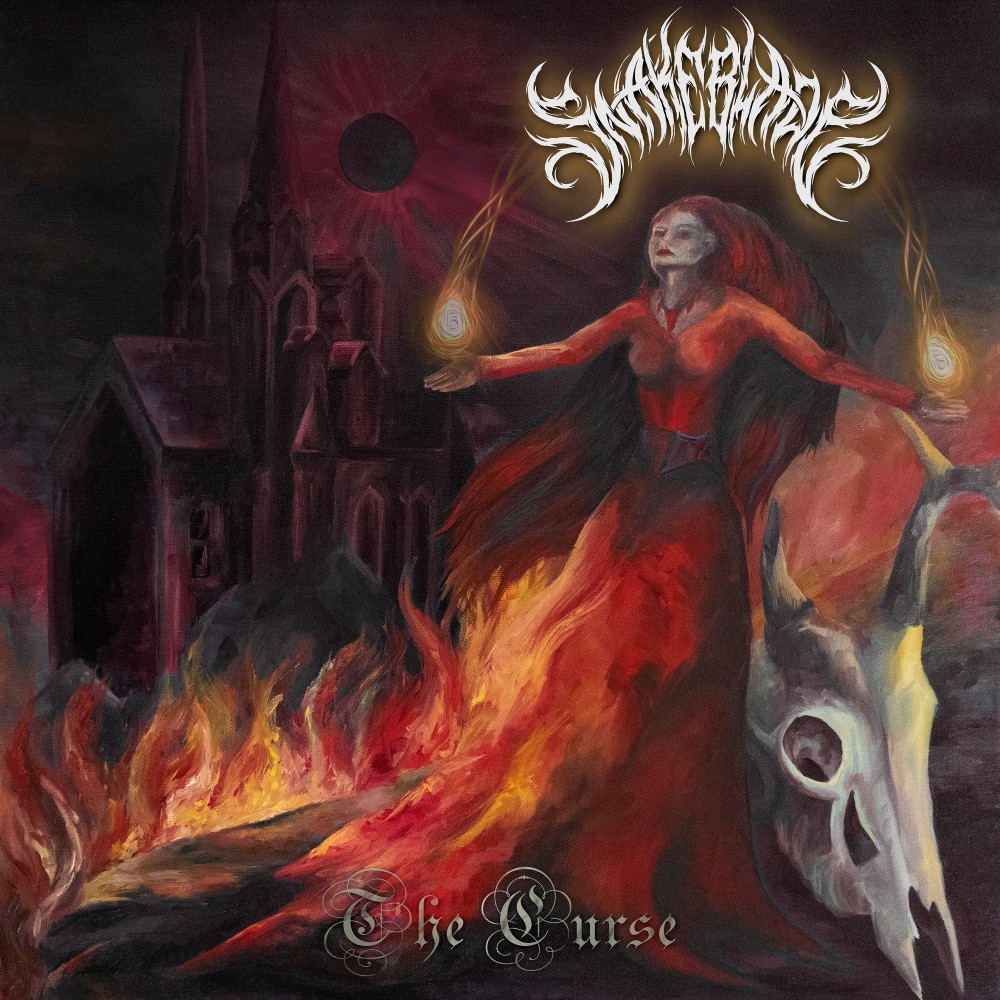 In my 2020 review of the one-man deathened black metal project Snakeblade’s independent debut album, “The Kingdom” (4/6) I pointed out that the Canadian multi-instrumentalist and vocalist Michael Redston had a great potential but that the songwriting was still choppy and fragmentary. I’m glad I didn’t give up on him as the last year’s follow up “The Course” is everything I expected from this immensely talented man with the only significant flaws being still the vocals and the production and  which often distract from the enjoyment of the album. Frankly, as long as Redston plays heavy monumental riffs the sound is fine but as soon as he gets more technical and complex, which is very capable of doing both skilfully and consistently, his guitar sounds as though he had salvaged it at a slum garage sale from a guy who also sold toasters and old sewing machines at that same sale. I can’t help but think how this excellent album would sound had Michael dedicated a little more attention to power.

Having said the above, most of the tracks exhibit immense songwriting talent of the man, be it the favorite phenomenal classic Testamentian and Megadethly thrasher  “Born Among Salt and Smoke”, the first track proper “Rotten Souls” which recalls Atheist, Death and Extol or the more metalcorish Triviumic and The Black Dahlia Murderous anthem “The Red Mage’s Seduction”. Unlike the debut, which was only 24 minutes long, this follow up is  a proper length, 43:01, at 10 tracks, almost half of which are instrumentals. “Destiny”, which has similar vibe to the closer for continuity, is a bombastic symphonic strings & keys “look what I’m capable of and what you can expect” intro which is surprisingly subdued by the first track proper starting with another intro – a faster, meaner cut could have been a better fit. The ambient “Dreams Of Aida” and acoustic instrumental “Godswood” bring out the best qualities of Redston’s more somber side as does the “Arrival Of The Demon” Hypocrisy creepy interlude “Archways”. Those four brief interludes enhance and emphasize the concept about the witchhunts of the 17th century Massachussets or, perhaps, even earlier, in the Middle Ages, and one has a feeling it’s a thinly veiled allegory for our modern scary times and the rise of religious extremism perpetutated by the long standing Dominionist Christian evangelical movement in the North America, literally led by the former U.S. administration, which seeks to narrow the very definition of freedom – the distance between Church and State.

Some of the material still bears marks of indecision or, perhaps, not too pre-meditated structual thought, best example being “Foul Sorcery Of Flame and Shadow” clearly a cinematic description of a witch trial reminiscent, though, of Megadeth’s “”Shadow Of Deth” which was based on “Psalm 23”, the fact which makes it possible, even likely, that the inspiration is purposeful in a sarcastic way – a psalm giving hope and courage here is used “in spirit” to condemn, torture and execute – but there’s no way to be sure. In any case, it is my least favorite track. Similarly but less so are “Harvester” and the closer “Exile, Outlaw… The Essence” which are very good but could have used more of whatever makes the standouts standout.

In summation, Michael Redston made a big step forward with “The Curse” even more showing how great of a songwriter he is but the album is still marred by inconsistency, monotonous and unvaried screams for vocals, a kind of extreme Mille Petrozza meets Steve Souza, which are too high in the mix to boot and which need change asap as they often, consequently, won’t let you enjoy the music, and, speaking of which, above all, substandard production, all of which result in the score you see above.