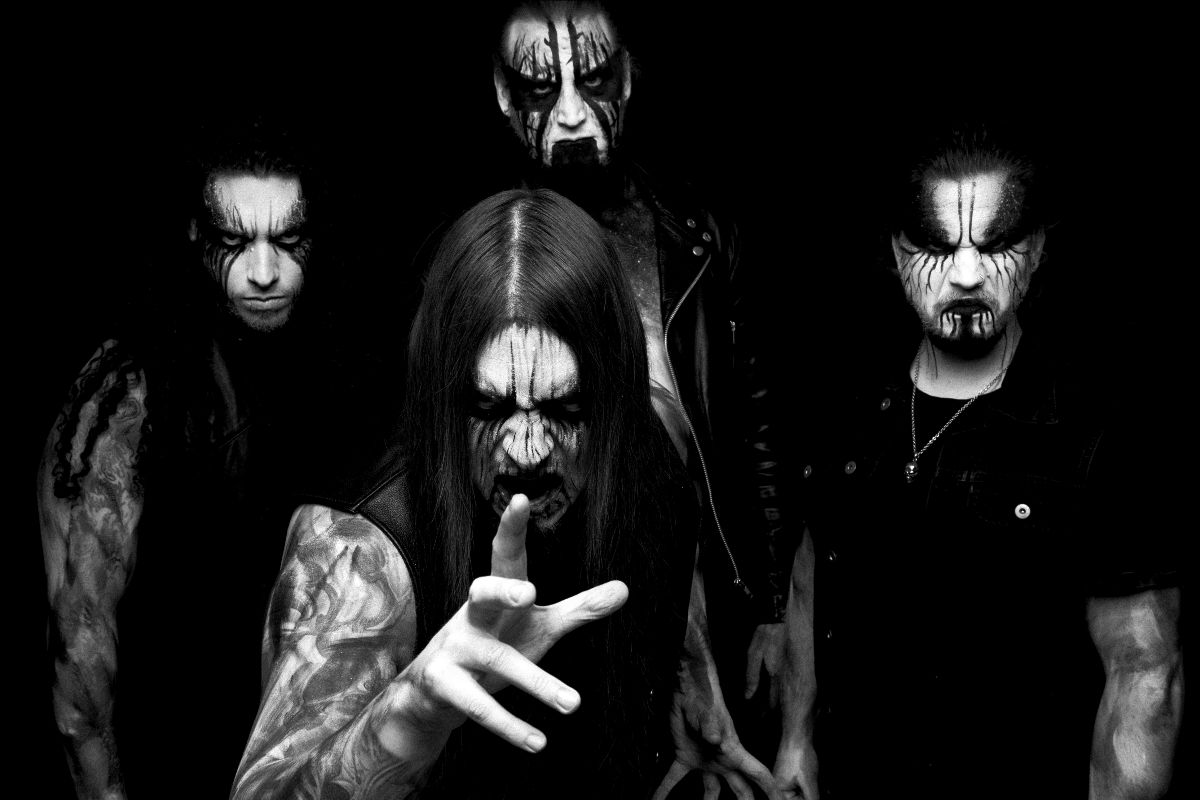 In the silence of early morning, the twilight hours, the in between times, when shadows hang like black pools in the grey light and the fire of day first flickers on the horizon, then they meet beneath the frost rimed branches. Dark shapes of claw, tooth and blade, adorned with the broken mockery of once great wings. They speak in sibilant whispers lest the earth itself betray them, with ruined voices that in times long past had brought tears to the sky with their beauty. They speak of vengeance, their smoking breath seething with hatred and malice. They plot destruction and grand endings in fire…and blackest insurrection.

Blackest Insurrection is the third album from formidable UK black metal force, Sidious and a wild, uncompromising paean to tragedy, rebellion and defiance unto death. This is the album with which Sidious realise all their promise and potential, defining their sound. A spear hurled with monstrous strength, direct and devastating, yet carrying cold ghosts of dark atmosphere and emotions darker still in its wake. Intimidating and enthralling in equal measure and forged in the flames that have burnt at the heart of black metal since its infernal birth. From the measured malevolence of ‘Hailing Shards Of Agony’ to the careering chaos of ‘Thousandfold Will’, the freezing nightmares of ‘Blood-Soaked Mist’ to the imperious domination of ‘To Know My Kingdom’, Blackest Insurrection is a magnificent, majestic outpouring of pure, unadulterated black metal that will place Sidious in the vanguard of Albion’s legions.

Since the release of their well-received second album, Temporal, Sidious have recruited drummer Valdr (Hecate Enthroned, Formicarius, Necronautical etc), bringing increased firepower to their arsenal and for the recording of Blackest Insurrection they renewed their working relationship with producer Russ Russell (Dimmu Borgir, Napalm Death, Amorphis etc), who brought a wicked miasma to the band’s debut album, Revealed In Profane Splendour. Sidious’ new label, the bastion of UK extreme metal that is Clobber Records (Argesk, Shadowflag, Wolfbastard etc) will unleash Blackest Insurrection on CD, cassette and digital formats on March 11th – beware, the uprising has begun and the fallen will fly once more on the wings of war!