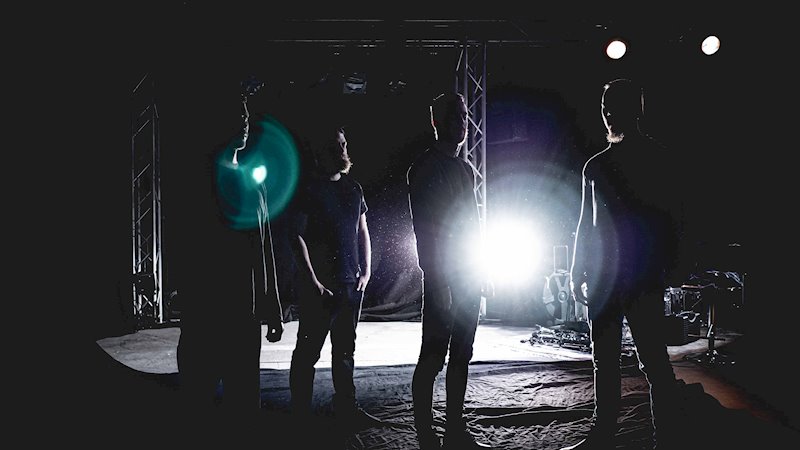 About the single, the band states: "Impetus is about the harsh and overwhelming sensation of nothingness. When the void is so clear that it almost takes the shape of a beast that forces you back into bed, every motion takes a lifetime and every word is a slur. It is about when you get to the point when only pain is real and it’s the only thing that makes sense."

In the summer of 2012, Glosonsaw the first light of day. A group of individuals came together with three things in mind: to create intense earth-shattering music; to take a leap into the vast dreamscape of feverish dreams, weird creatures and mental instability; to break every limit that would appear in their creative horizon.
This vision was met by embarking on their first journey to the world in 2014 with their debut digital EP "Yearwalker". This primitive, yet crushing EP was well-received by the media and was celebrated by re-releasing on an LP format in the following year by two labels – Catatonic State and Art of Propaganda.

After the release of "Yearwalker", the creative wheels continued to turn. Live shows started to get booked and was followed by the release of the debut full-length "Grimen", which was this time, released by Art of Propaganda alone, at the beginning of 2017.

As once stated by The Sludgelord, this album was a breathtaking achievement for a band that’s just getting started, which attracted further followers and inspired the band to write the gloomy concept EP "Mara" to prepare for the next full-length album.

Now after the new signing with Indie Recordings in 2021, Gloson is set to release the long-awaited second full-length album early 2022.