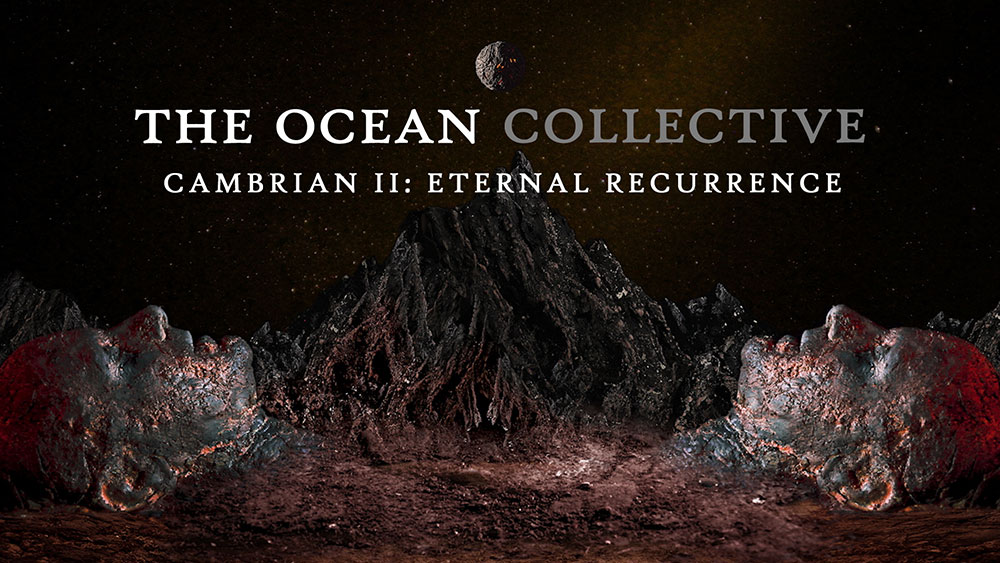 from the album
"PHANEROZOIC I: PALAEOZOIC"
Out November 2nd via
Metal Blade (CD) and Pelagic Records (LP)
Pre Order link https://www.metalblade.com/theocean/
The Statement

Explains Murray, "This is a practical effects film which leans towards multiple single frame captures to creature the sequences. Everything is built from scratch. There’s long exposure animation, stop frame, miniatures and cloud tanks. If the thing I’m working with can’t be physically picked up and held in my hand, I struggle to understand how to use it; I prefer this long, messy and exhausting process.”

Adds The Ocean mastermind Robin Staps, “Craig has created a unique aesthetic visualization of our music, which is different from anything I’ve ever seen. He’s spent 6 sleepless weeks working on this basically non-stop, all by himself. He plastered tons of clay and lichens over Loic’s face and head, and really managed to turn him into an imaginary ‘Cambrian creature‘. It’s incredible to see the final result now, and how the whole thing has evolved."