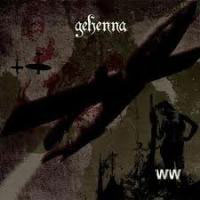 "WW" was originally released on the Moonfog label in 2005. It featured über-drummer Frost from Satyricon and marked the band’s return to a more traditional black metal sound after several years exploring a more death metal vibe. This edition, released by the good folks at Peaceville Records features 3 extra tracks and the booklet has been updated with liner notes composed by the guys in the band.

Most readers will remember the days when a host of Norwegian Black Metal releases bore the TNBM (True Norwegian Black Metal) logo. "WW" still proudly bears this mark and it is probably the most effective way of describing this album. In fact, "WW" is so typical of the genre that you could play it to someone to show them what Norwegian Black Metal is. The songs vary from brutal assault to mesmerizing darkness, picked chords and pounding bass driven along by Frost’s inimitable drumming. The vocals are a restrained growl that avoids the high pitched shrieking we often get on this type of record. The sound is grim, threatening and dark without being completely necro.

Of course, when you record an album that so typifies a genre, you run the risk of it being unoriginal and boring. How do you make an impact in such an oversubscribed scene and to fans who have heard and probably own dozens of ‘TNBM’ albums? The answer is by getting everything right, and that is exactly what Gehenna have done on this CD. The atmosphere and the songs totally fit and the consistency of the tracks and riffs is highly impressive. So, while "WW" might lack that superlative ‘wow’ factor that would drive the score up to 5.5, the solidity of the record means that it is one that I can recommend without reservation.

For those who already own the Moonfog version, this record contains 2 alternative mixes ("Grenade Prayer" and "Werewolf") and "Flames of the Pit" live. There is absolutely no drop in quality here, as we sometimes find with bonus tracks, but whether these are enough to make you bin your old copy and shell out cash for the Peaceville edition is your call.

EXHUMED – All Guts, No Glory