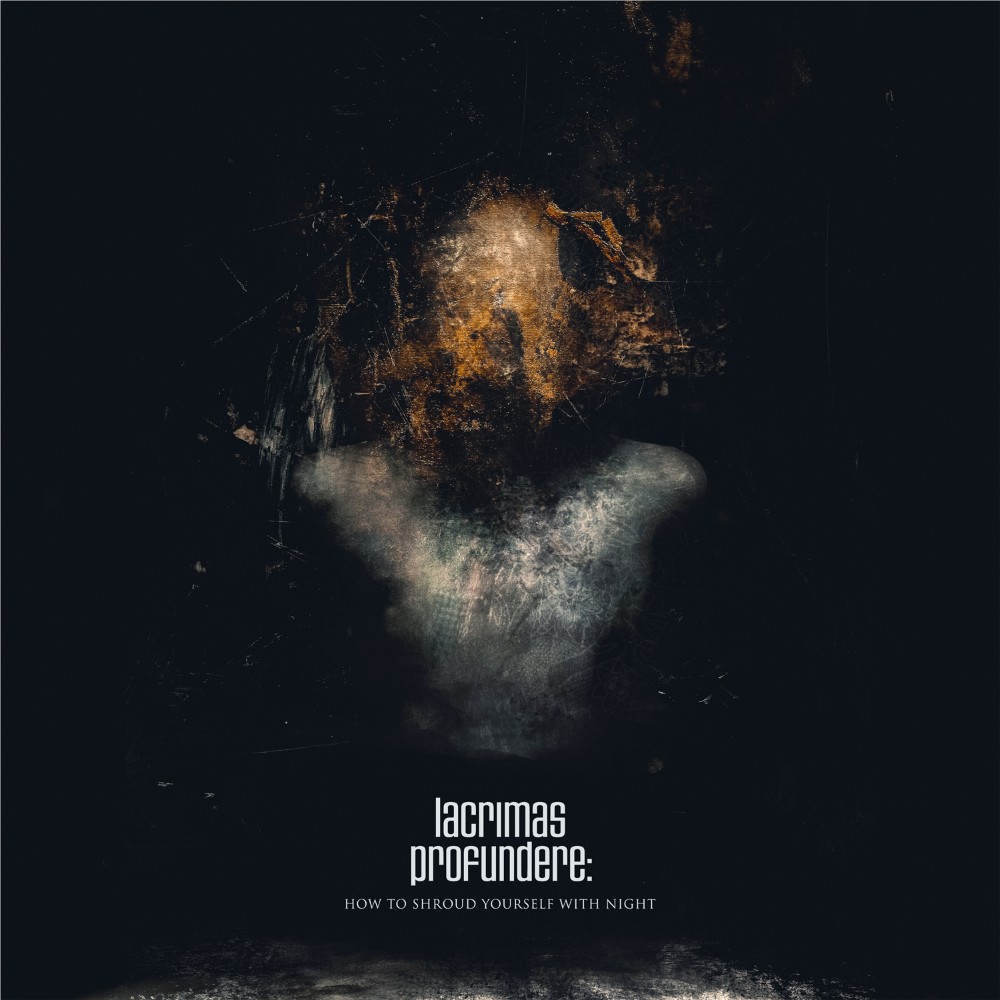 LACRIMAS PROFUNDERE – How To Shroud Yourself With Night

“Recall the past when you were strong

Those distant days it seems are now forever gone

But you’ll know escape is to run”

(Paradise Lost “Disappear”, from “One Second”¹⁹⁹⁷)

Kurt Donald Cobain (Nirvana, 1994), Michael Kelland John Hutchence (INXS, 1997), Chester Charles Bennington (Lincoln Park, 2017), Christopher John Boyle Cornell (Soungarden, Audioslave, 2017), R.I.P. “Rest in Peace” all “Ran Into Peace”? Have you ever had that nagging urge to run and never look back until it’s too late? Well, maybe this, the 13th (!) full length from the German gothic metal rock quartet Lacrimas Profundere, “How To Shroud Yourself With Night”, which, according to the founding guitarist Oliver Nikolas Schmid, is all about the desire to simply disappear, to be invisible and no longer have to deal with yourself and the outside world, will become your deterrent or maybe it will become your impetus but, either way, it is one of the best genre offerings this year.

Having started as Dark Entity in 1993 later re-named after Latin description for shedding tears, Lacrimas Profundere had initially trailed the path of Peaceville Trinity (Anathema, My Dying Bride, Paradise Lost) for ” …and the Wings Embraced Us”¹⁹⁹⁵, “La Naissance D’un Rêve”¹⁹⁹⁷, and “Memorandum”¹⁹⁹⁹, before, somewhat after their idols’ fashion, turning to a more accessible alternative and gothic direction from “Burning: A Wish”²⁰⁰¹ onward gaining my attention with “Antiadore”²⁰¹³ and “Hope Is Here”²⁰¹⁶ but then forgotten by me in the sea of other releases and life in general as Schmid became the only founding member to bring back the early doom and death influence into “How To Shroud Yourself With Night”.

And, indeed, the biggest jaw drop on this album is the single guitarist, Schmid who conjures up riffs and melodies worthy of the guitar ‘duo’ Aaron Aedy and Gregor Macintosh (Paradise Lost). That a quote from their “One Second” album opens this review is no accident because the new Lacrimas Profundere (henceforth LP) album is stylistically majorly influenced by it. In fact, “A Cloak Woven Of Stars” (which references the album’s title and strongly recalls Omnium Gatherum), the Dark Tranquillitian “In A Lengthening Shadow”, “Unseen” and, especially, “An Invisible Beginning” are familiar almost to the point of Paradise Lost tribute, although, admittedly, the melodies are better and catchier than “Say Just Words” or “Courageous” and those aren’t even the best tracks. LP (PL backwards?) is definitely more impressive with dirges such as the gorgeous decadent opener “Wall Of Gloom”, “The Curtain Of White Silence” (with potential to heal many a broken heart), the superepic Swallow The Sunny “Nebula”, “The Vastness Of Infinity” and, especially the early Anathemian and, somewhat My Dying Bridian, closer “Shroud Of Night” are all marvelous with guitarwork so hauntingly beautiful you’d swear Greg Macintosh or Daniel Cavanagh helped Schmid out as as the second guitarist, which is precisely what makes the latter such a fantastic axeman. No, wait, that’s not what makes him a fantastic axeman, it is the In Flamesian and Dark Tranquillitian practically melodeathly “To Disappear In You” as it sounds as if there are at least two guitarists and as if the song wouldn’t be out of place on either “Clayman” or “Projector”, respectively.

The album was fantastically produced by Kristian ‘Kohle’ Kohlmannslehner at his Kohlekeller Studios in Seeheim and mastered by Tom Porcell at the Limetree Studios which allowed Schmid (who also found help in his brother, Christopher Schmid who had left in 2007), Ilker Ersin (2019-bass), Dominik Scholz (2010-2013, 2018-drums) and Julian Larre (2018-lead vocals), to each shine on their own as well as in congruence with the band. It’s worth noting, too, that Schmid is 51 and the Ersin 53, the vocalist extraordinaire, Larre, who can equally rival Nick Holmes (Paradise Lost), Vincent Cavanagh (Anathema) and Michael Stanne (Dark Tranquillity), is merely 30 yet the major theme of this album clearly applies to and is expressed by the whole band, well represented in every song as Schmid claims.

However, in the process, another underlying, perhaps unintended but evident, theme is revealed: you can’t make it on your own as a person and we can’t make it on our own as species. In the world of recurring global pandemics, the de facto Cold War II with the very real threat of the imminent nuclear holocaust, plus with our innate growing sense that there’s something wrong with us and the world around, and with no answers from the world we live in, we find that we can’t make it on our own that the individualistic neoliberal message of “me, myself and I” no longer works for us. Just like boiling water can either soften, harden or break whatever is in it, so can this cold heartless world soften or harden or break you and most are broken. When that happens, some take the not so easy but ultimate way out (if that’s all there is then what’s the point in going on?) while others turn to religion but then, inevitably seeing religion as another cul-de-sac, increasingly look above for answers. And “How To Shroud Yourself With Night” seems like the soundtrack to that struggle, another witness to the rising lyricism in heavy music concerning the above dilemma, which is neither new nor surprising but has been the definitive mankind’s quest for millenia.