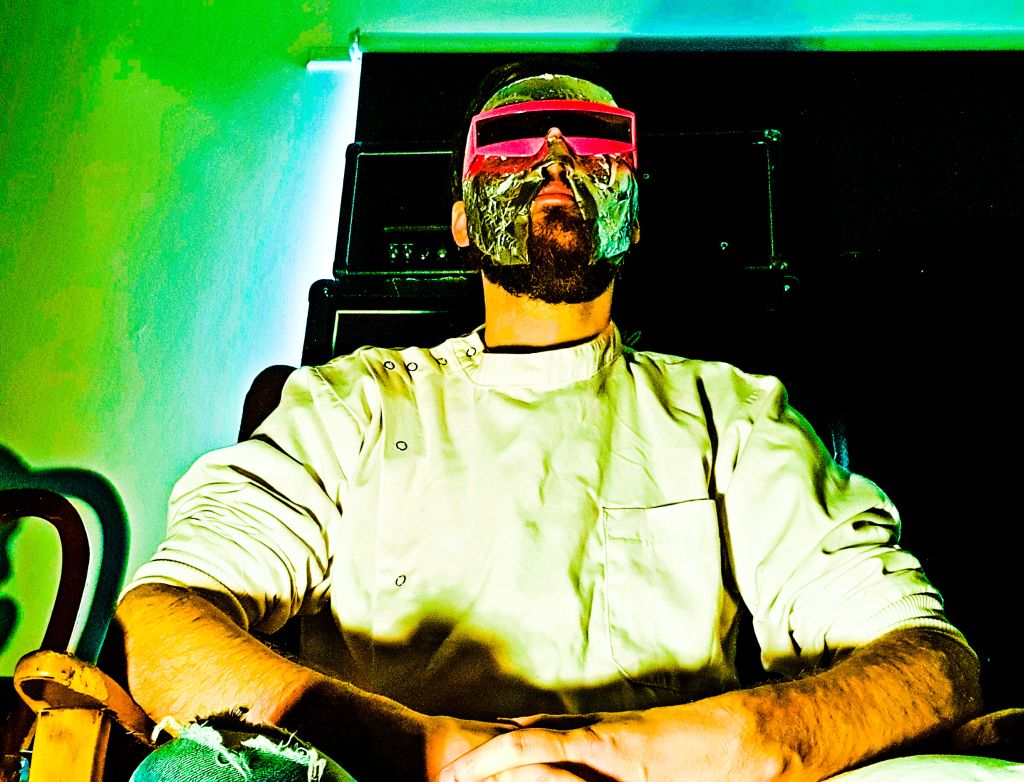 Vulgarithm – a ‘riff rave’ project for fans of riffs and club classics on steroids. Here’s a quick chat with the band allowing us to discover their musical influences and inspiration

This is Vulgarithm, currently working on a debut album but there is a trilogy of Eps called “Share if you agree” “Share if you disagree” and “Share in the 3rd degree”

Unlike other mediums, music is very disposable and has a very over saturated market. Whilst marketing has always played it’s part in music, I feel being clever in social media promotion is a bigger indication of how well a musician does compared to their actual music.

I think when I finished recording my first song. Once that was done I could see everything developing before my eyes. It took a long time to develop, which thankfully the time available during COVID lockdown helped a lot.

You know how bands and artists tell you this is nothing like you’ve ever heard before? Well this really is like nothing you’ve heard before. A perfect mix of 2000s influenced metal with 90s Rave scene I like to call “Riff Rave”

We start off with a riff or a synth mess, get it recorded on a phone, go home and put it together and listen in the car. If it sounds cool with no vocals, we proceed with vocals. Most of the time I record phonetic gibberish, then I’ll put lyrics over that.

As I’ve said before, I would describe it as “Riff Rave”. So taking the riff ideas of the biggest bands of early 2000s (Tool, SOAD, Rammstein etc) and apply it to the electronic style and energy as mid 90s dance (The Prodigy, The chemical brothers, fatboy slim etc). It’s a beautiful sound.

Firstly enjoyment, if they aren’t feeling good about what they hear then forget about it. Secondly, from a lyrical stand point I will write about anything, this could be the end of the world, learning to rap, conspiracy theories, my dog, depression or blowing up twitter. Do not pigeonhole me.

I’d love to tour South America, mainly because I’ve not been to that part of the world and the landscape and ancient history is pretty fascinating.

If you listen to my EPs in order, you can hear an ever changing sound with lots of new styles thrown in, but you can also pick out a solid foundation which I subconsciously kept in. This foundation will be the benchmark of my debut album which will have a more refined sound that makes you say “yes, that can only be Vulgarithm”

How excited are you for the rest of 2022, and what can fans expect from you?

2 more gigs for 2022, organising lots of gigs in 2023, but busy at work finishing off my album and throwing out singles across the year. Check out www.vulgarithm.com for updates.