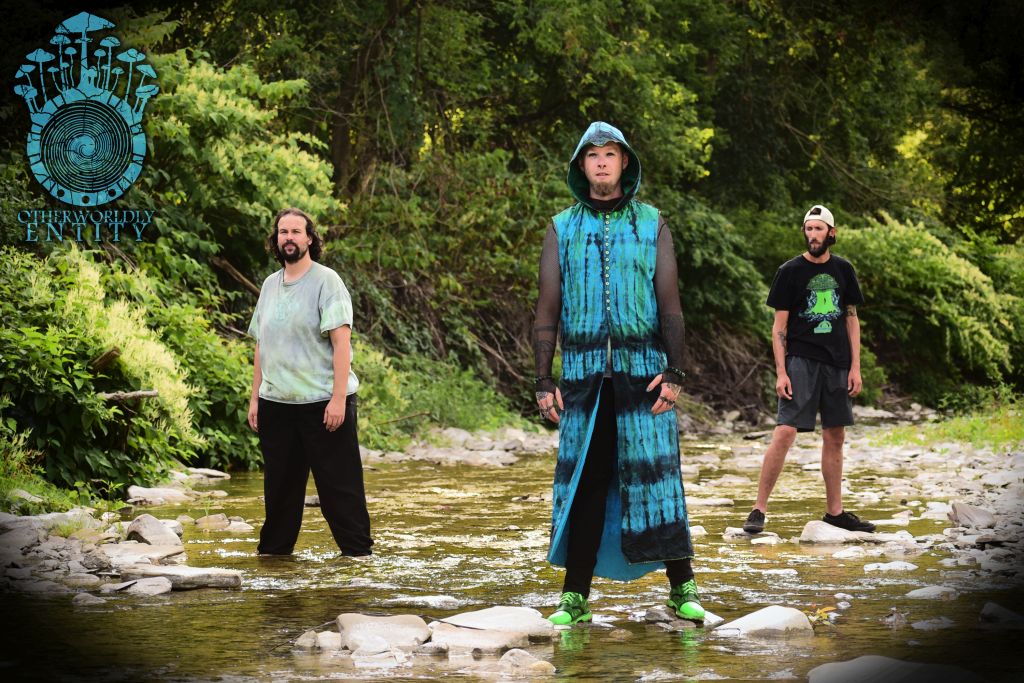 We are Otherworldly Entity from Syracuse, NY and our latest release is a song called Sin off of our upcoming EP Psilocyborg. The song is about falling in love, but knowing that it can’t work. We released the music video a couple of weeks after the song came out, and the video is an exploration of Otherworldly Entities coming to our world. It’s very exciting and full of visual splendor.

Social media can cause a lot of problems. We’re no longer dealing with local scenes, we’re dealing with national and global scenes. That can be really beneficial, but it also means there’s a lot more drama and politics involved.

When we started, the goal was always just to have fun pushing ourselves as artists. But I think the turning point for us was in 2019 when we played with the legendary numetal band Cold. We had such an amazing experience with them, and saw the potential in Otherworldly Entity to grow.

As a numetal band, we try to take influence from a lot of different genres and styles. We break the beatdown feel in parts of the song, but the melodic alt rock feel in other parts. Lyrically, Sin is extremely relatable, but musically, it’s eclectic and fun.

We don’t have a set process to anything. It’s how we feel in that song. We have a song on the new EP called Grief, which is about John dealing with his father’s death. The song was primarily written by Shawn and Zlatko musically while John was dealing with the funeral. Lyrically, John came in later on the song. But then we have another new song on the EP called Floored which started with Shawn writing a drum line and John figuring out the melody. We write however is best for the song.

System of a Down meets Deftones. Dark, melodic, and interesting.

We want them to feel understood and appreciated. We write from a very genuine place. Music has this amazing ability to share commonalities between people. We live in such a divisive world, but music has this ability to unite us. We all might have different reasons to relate to the songs, but we can relate just the same.

Europe. We’ve been discussing it with some bands with bigger names in Europe, but we have a good fan base there, and Zlatko comes from Bosnia.

We’ve gotten heavier. There’s no question about that. The introduction of Shawn Washer as our drummer helped a lot with that.

How excited are you for the rest of 2022, and what can fans expect from you?

We are very excited! We’re going to be releasing our new EP in December, so fans can expect a lot of new material, maybe some more music videos. But they can definitely expect live shows.