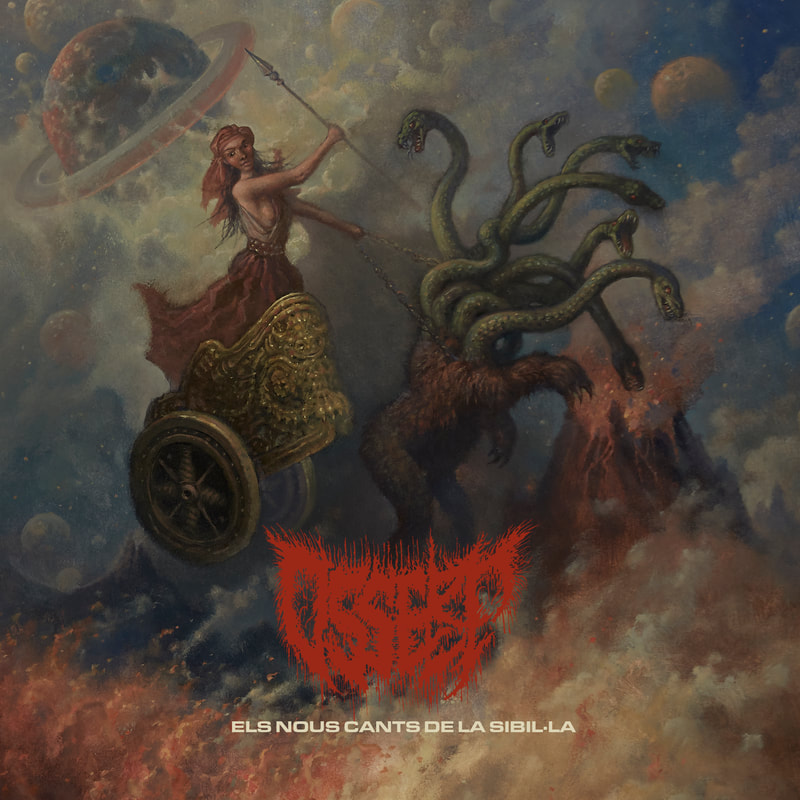 The Spanish death metal artillery known as Ósserp released this highly intense and pulverizing slab of apocalyptic darkness not that long ago, and there is plenty of reason for you to get excited about this vile fucker. Weaving traits and elements from black metal and grind into the fierce and explosive concoction of brutality, Els Nous Cants De la Sibil-La is an absolute beast of a record and one that lends itself well to close listening and many, many spins. The atmosphere is immensely oppressive and unsettling, and it is impossible not to feel a sense of unease as tunes such as ‘L’engany’ and ‘El Pes Del Buit’ tear your mind and body to pieces. I really dig the way in which these guys blend relentless aggression, dynamics, sinister vibes, and a touch of the nihilistic to such great effect, and there is a lot to cherish about this well-written underground opus of misanthropy. Wicked and delightfully loathsome stuff!