Interview with relatively fresh Finnish act HEATHEN HEARTS, a band fueled by fury and which consists of experienced musicians with widely different backgrounds who found common ground in furious northern hardcore. The below interview with bass player Juhana gives a better insight into the band’s style and musical influences.

Heathen Heart plays melodic and metallic hardcore which has traces of death metal, thrash metal and black metal. And of course hardcore. We call our blend ”Northern Hardcore”.

We released our debut EP accompanied with two music videos earlier this year. It’s a 3 song piece of aggression and fury with the right amount of guitar melodies.

-Maybe it’s the difficulty to get your music noticed from the flood of new music. This is especially the case with unsigned and DIY bands. It’s not enough to make good music anymore. You have to be active in social media, put money on promotion and schedule all the releases for example and it sometimes feels that it takes more time than actual music related activities.

-At the very first rehearsal. Jere had some really good riffs and we actually put together a first version of ICHOR, the first song from our EP in the first rehearsal. We realized that we have something really good brewing here and we should head on with full force. We wanted to do things professionally from day one.

-Our self titled EP has 3 songs:

1. Ichor, which is a furious blast of aggression.

2. Loyal to sacrifice shows more of the hardcore side of us.

3. World of ash shows a more metallic and melodic side.

EP has gotten some really good feedback and based on that feedback we have clearly done something right. It’s a good introduction to our music and we have found the basis for our musical expression with this EP. The music videos for “Ichor” which was filmed in an abanoded asylum, and “World of ash” which we had a very talented young actress shows the visual side of our music. More music is coming so this is just a beginning.

-Usually Jere or Lauri has a riff or a basic demo of a song. Arrangement is done with the whole band in the rehearsal room and Antti usually writes the lyrics.

-Aggressive and furious ass-kicking with some cool guitar melodies.

-We want to evoke feelings and make music people can relate to in today’s messed up world. Maybe also provide some kind of comfort to the listener and a way to channel their own feelings, good or bad. 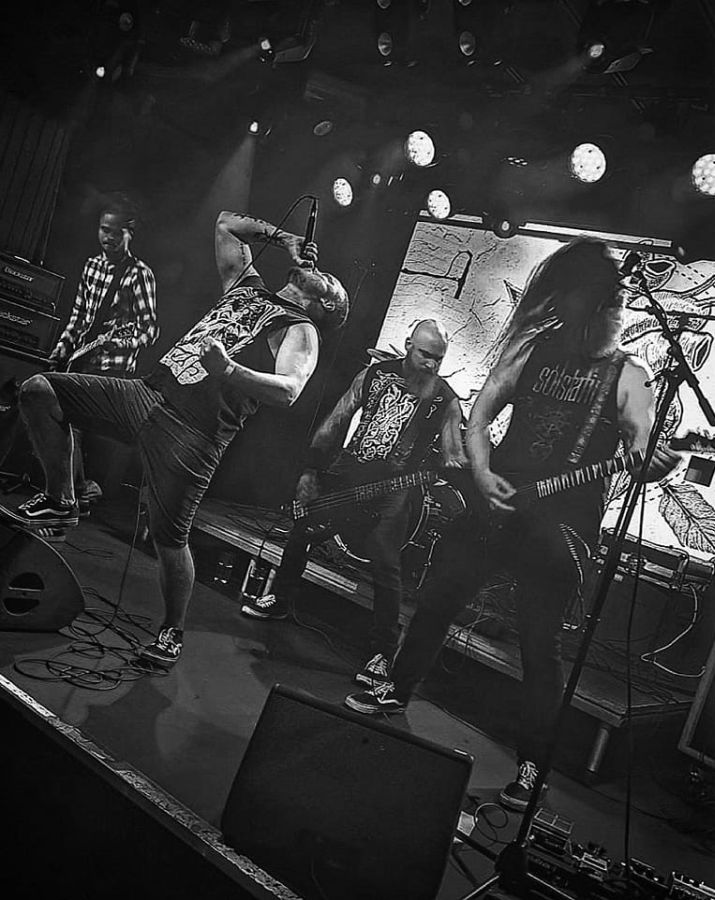 -All the cool venues and festivals all around the world. We have only toured in Finland so far but really looking forward to expanding to other countries as well.

-We are a new band so our sound is still forming. We have a really good start but this is just a beginning. I think our sound is going to take a new step with our next release.

-This year has been so good to us and 2023 will see a new release from us and some more touring at least in Finland. We are excited about all this and looking forward to seeing people in our concerts.

Thanks for all the support people have shown us so far!

And thanks for doing this interview. It’s been a pleasure.