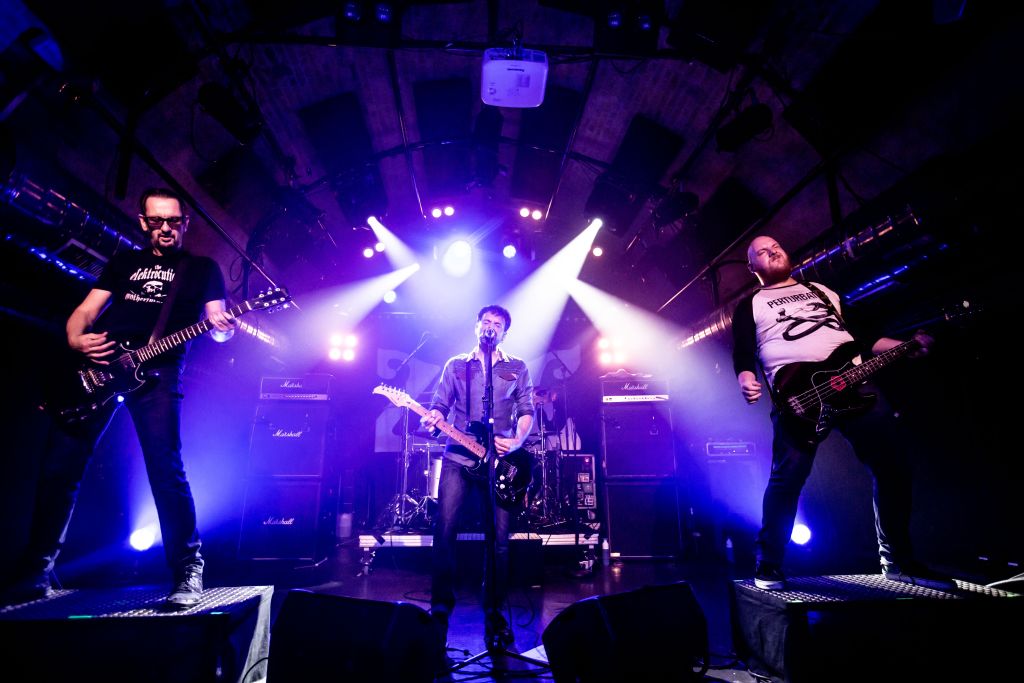 ZOË if a French stoner rock/metal act who has released their latest album ‘Back Into the Light’ and still works with promoting the album and their cool live vibes. Below is a quick interview with the band members in which we hear more about their influences and musical style

Introduce your band, and describe your latest release:
Fred (voice-guitar) : We are ZOË, a band with four guys from north of France. Back Into The Light is our fourth album, a condensed of all our influences, from blues to metal. Fourty two minutes of hi-energy stoner rock.

What’s the hardest part about being a band in this day and age?
Holy (drums) : There are fewer and fewer small clubs for groups of our stature so it’s not easy to build nice big tours to promote yourself

When did you realise that your project had the potential to be much more than just a fun idea?
Holy : We still haven’t realized it and it’s still a fun idea lol

Tell us about your latest release, why should we check it out?
Holy : Simply ´cause it kicks ass

How does a song typically come together for you?
Fred : Usually, Aldo (the second guitarist) brings a riff with sometimes the structure of the song and other ideas. We jam on it and other ideas emerges. The vocals and lyrics comes at the end.

How would you describe your sound to an unfamiliar reader?
Clément (bass) : A wall of sound and energy right in the face, pure rock n’ roll

What do you want listeners to take away from listening to your band?
Clément : There is no real message our meaning behind what we do, we just try to keep or rock influences alive, and share it with people, so i think it’s just about having fun, having a great time !

Where would you really like to tour that you haven’t done so yet, and why?
Clément : Japan or America of course, or Canada, these would be great, with the cultural differences and the music there.

How would you say that the sound of your band has progressed over the years?
Holy : ZOË had some line up changes so naturally the sound changed with them. Between the first and the second release, the rythm section changed with a new bass player and a new drummer, afterwards you have a new drummer for the third one and a new bass player on the fourth release so all the new musicians that arrived, bringed their style

How excited are you for 2022, and what can fans expect from you?
Holy : We still tour to promote “Back into the light” so a lot of fun and rock n’ roll vibes