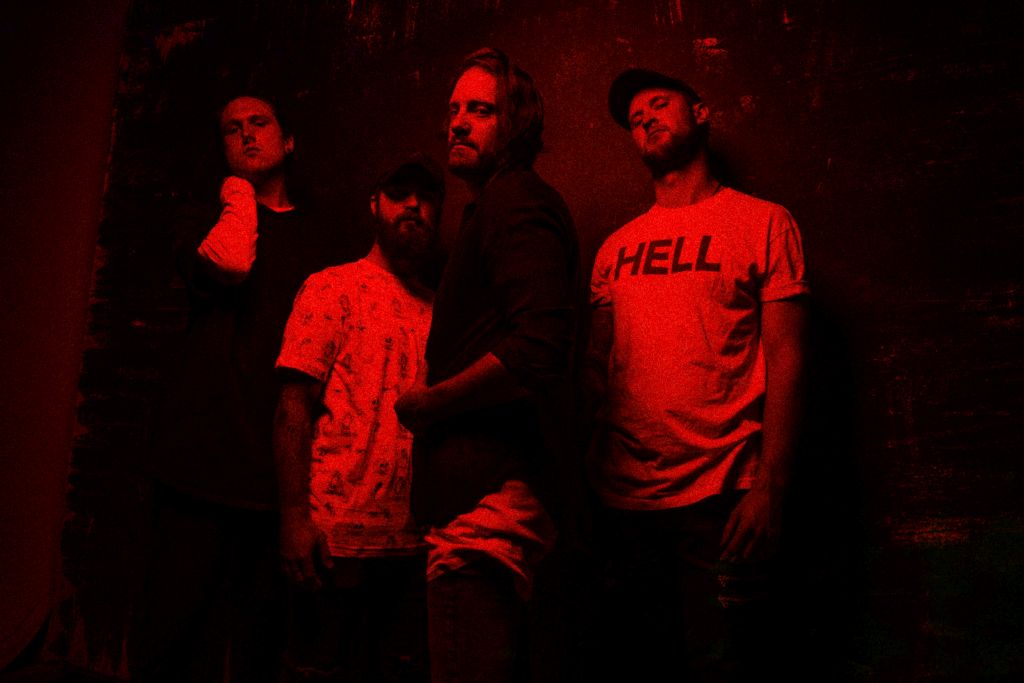 ROZU (Japanese for Rose) is a Metalcore 4-piece from Denver, Colorado consisting of longtime artists Tim Graham on vocals, David Sundine on guitar, Brian Robertson on drums, and Henry Navarre on bass. With hard-hitting singles ‘Rue’, ‘Anchor’, and ‘Faceless’ the band has really shown their diversity of writing and helped them gain momentum quickly touring and opening for acts such as Attila, Miss May I, The Damned Things, and many more. With a debut LP on the horizon ROZU aims to take both local and national music scenes by storm. With full intention to tour constantly and consistently in support of their debut effort the latter half of 2022, ROZU is the next Denver band to keep your eyes on, as their penchant for all things driving, melodic, and heavy make them a standout you won’t want to miss. In the interview below you can read more about the band’s influences and musical inspiration

I mean the overall concept of being in a band is hard, because so many elements go into it besides the music. The market of music has always been so oversaturated and the hardest part is standing out or cutting through the noise. Keeping up with your socials and learning algorithms for marketing are probably the hardest day to day activities because it is so hit and miss.

We 100% started this band with the potential in mind, DJ and I (Tim) literally founded the project with the members on their talents, drive, and touring history. We are all the guys in our previous endeavours that were the ones pushing forward for this being a career.

Our latest single GRIT is a huge insight and sense of growth for us going forward musically and introduces some aspects of our band we have yet to show. Collectively that seems to be our favourite release we’ve had. Along with GRIT we also released all of our debut singles we’ve released over the past years collectively on one EP titled ‘Bloom’

It really depends on the day, some days it’s a riff or full song DJ writes, a simple melody I have, or just random ideas we try and turn into songs. Our producer Tyler Ruehl is really good at taking our ADHD brains and sculpting them into Rozu songs.

We are a modern day metalcore band with early 2000’s post hardcore influences, or in normy terms we have a lot of yelling with some fun bouncy singy parts. (laughs)

Outside of just hoping they dig the music and turn into fans, our lyrical content is always about finding the light in terrible situations/scenarios of your life.

Really the goal right now is to get international with this project primarily being the UK and Europe. Some of us have been there with prior projects but not with Rozu yet so hopefully with Covid kind of being behind us we can accomplish that goal in 2023.

In the beginning we just wanted to write fun music that we all love but really with no direction. I’d say with our last couple of releases we have started to hone in on our sound and find that direction we want to go in without rewriting the same song over and over again.

2022 has been great for us so far, we have been able to get back out touring and have had some good releases. As we are kind of on the tail end of the year we are 100% focused to put the final touches on our debut album and get it released in 2023.