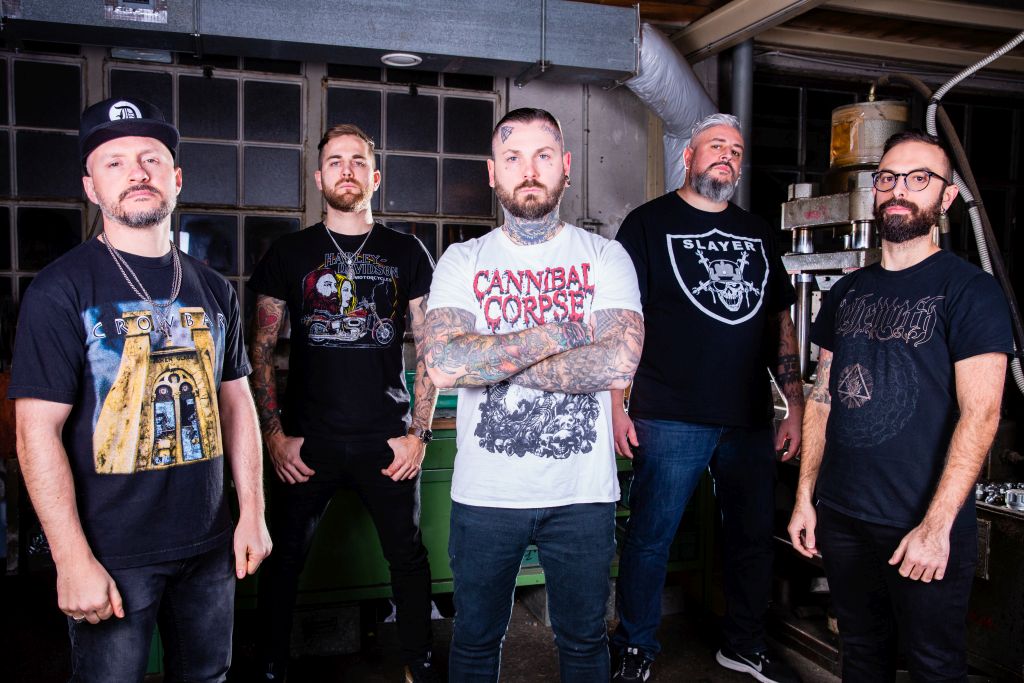 Self described as “Five guys who play Low Tuned Heavy Music to honor the memory of a lost friend” – https://www.facebook.com/TotalRecallHardcore – TOTAL RECALL is an Italian based act that nicely blends various sides of metal – mainly hardcore and postcode, but also nu-metal – and delivers intense and passionate tunes. Below is an interview with the band in which they tell us more about the music, their journey and influences and plans for the future.

Total Recall was born in 2019. The founding members Luca (Pigo) (K-Aagain, Samaritan, Embrace Destruction), Stef (K-Again, Traces of You, Die Trying) and Danny (Embrace Destruction) were already veterans in the Hardcore/Metalcore scene and decided to start to write music together after their common friend and brother Massy passed away after a long fight with his disease. Massy toured with Pigo and Stef for more than 20 years and he wanted the 2 old friends to come back together in a band as they played in different bands for many years. Stef and Pigo recruited the drummer Danny who played in Embrace Destruction (the last band of Pigo and Massy) and decided to form a band with members who played or toured with Massy. After Pigo decided not be a singer anymore and to take Massy’s bass guitar to keep his legacy alive, with Stef at guitars and Danny at the drums, the line up started to write music without following any particular influence, with the only purpose to write songs that could reflect the style of music they played with Massy throughout the last 20 plus years. After a few months Andy was added as singer. Andy toured with Massy when he was in Rise Above Dead and his friendship with him went back some 15 plus years, and Stefano (Bleed) as guitarist who also was in Rise Above Dead.

Our latest release is our first Full Length “Always Together” (https://totalrecallhc1.bandcamp.com/album/always-together-2) produced by Steph Orkid Santi who kew Massy since K-again in the early 2000’s. The album is licensed by the Australian label 1054 Records. The album contains 3 singles videoclip Poison Flow

The hardest part is probably the all Social Media usage that a band must do to get visibility. Coming from the mid 90’s scene we are more into playing shows everywhere than to focus on videos, fotoshoots and posts in IG or FB.

Age wise we are pretty old but gold. We do not completely relate to the mindset of the new generations but we totally relate musically to what is booming right now, and that’s the same shit we were playing in 1998, so we feel pretty comfortable.

During the pandemic we had the chance to organize a private show for press and friends to perform our upcoming album Always Together.

We had such a feeling, a feeling that we were almost not familiar with anymore, this gave us the confirmation that what we decided to do with this band is the right thing to do. Also we clearly felt the presence of Massy that day.

We play what we like. We don’t focus on create something that can be liked, we just like it first ourself. We give the 100% every time we are in the studio or on a stage. There is no money in this music so we don’t waste our time in trying to become a product, we are in the be true to yourself mentality delivering the 0134 Ignorant Hardcore attitude. If you are into a low tuned blend of Metallic Groovy Hardcore with intense Post Hardcore Influences For Fans Of:Knocked Loose, Bodysnatcher, Kublai Khan, Sanction, Desolated, Hatebreed,Will Haven, Vein, Great Amrican Ghost, End, Norma Jean then Always Together (https://linktr.ee/totalrecallhc ) could be the album to listen to.

your deepest and darker place. But it will make you reconnect with who you are and accept it no

matter what. Because there is no good or bad, it’s just you.

The songwriting is a common effort. We usually start from an idea or a single riff and then we gradually add the rest creating a structure that is solid. The end result needs to be ok for all of us, we do not really compromise, if we do not like the song entirely we drop it right away. Only this way we can be 100% sure that we will be able to play it live with the right attitude.

We could say that is blend of Low Tuned Metallic Hardcore with Post Hardcore influences and some old Numetal vibes. You will find also a touch of Death and Blackmetal in it like 2 olives in a Martini.

Nice question. We would love if they would remember that our songs gave them a sensation, or a feeling of warmth and that they could remember clearly a sensation of truthfulness through the music and the lyrics. 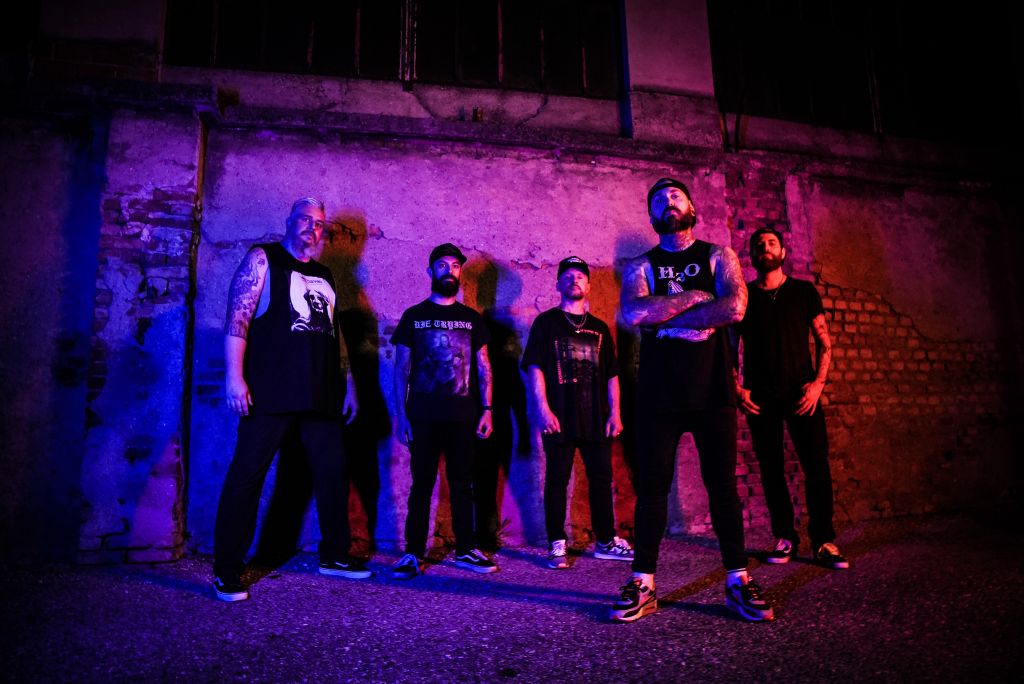 Japan and Australia. We are fascinated about the culture and the landscape of both places.

We are on the map since only 3 years and Always Together was ready in March 2020, this means that the songwriting was mainly done by the 3 founding members in 2019. The songs were straight forward and constructed to involve people in a live show. The idea was to focus on heavy and bouncing tunes but somehow accessible to a larger audience, the new songs are less focused on inclusiveness, musically speaking of course.

After these 3 years the line up blended together pretty well and this has resulted in a different songwriting with an output that indeed is different from the previous releases while keeping the mood that was in there.

We are approaching the end of 2022, but we kept the best for last. We will play a small tour in UK with No Second Chance in November (3 shows) and we will have another small run in mainland Europe (6 shows) in December. In the meanwhile we will continue recording the preproductions for our next release and we will enter the SPVN Studios in the end of 2022 with the producer Steph Orkid Santi.

The new songs are surely more dark and heavy than the previous ones but at the same time they keep the same attitude. It’s a natural evolution of the 5 of us now working together since 3 years. This new songs are reflecting our common influences in a more natural way. According to what our feelings will be about the pre prods we will decide if we will hit the studio for a Full Length or for an EP, but for sure in early 2023 we will release new music.