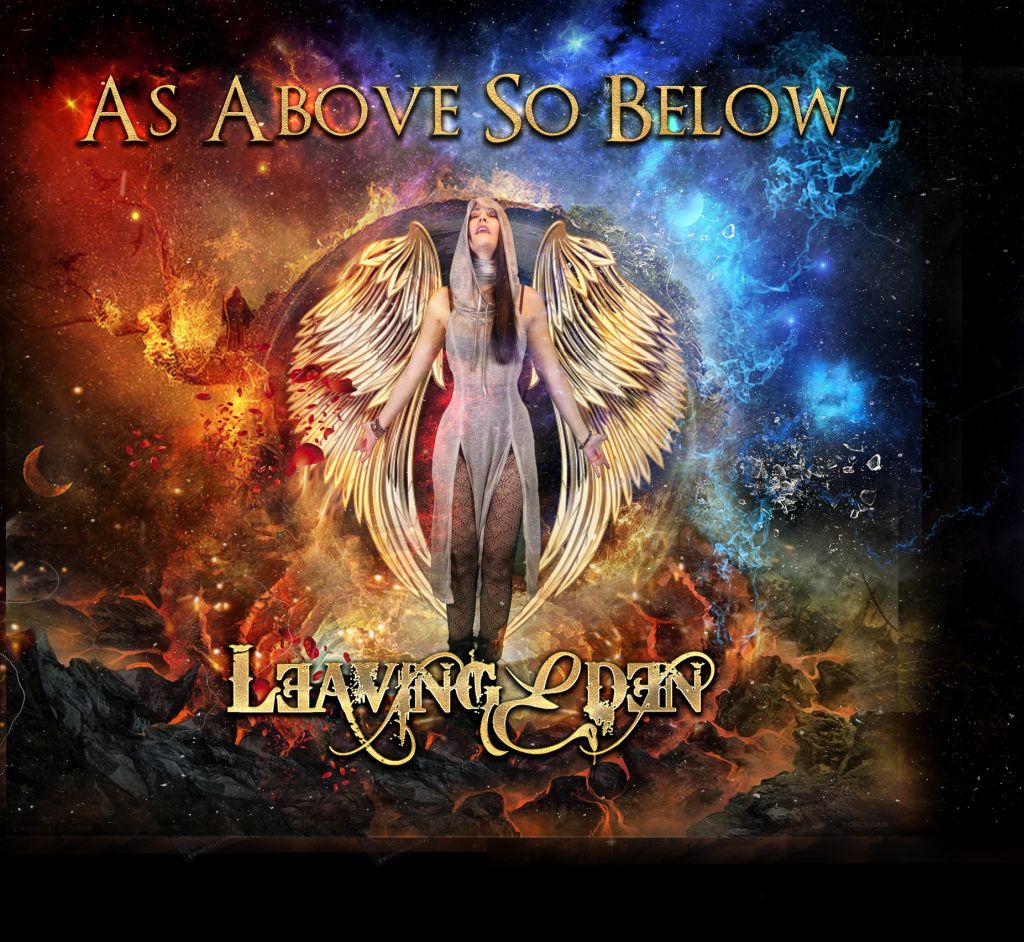 Hi! I am Eric Gynan and it is my pleasure to chat with you here, from The Boston Massachusetts area USA.

New Song / album : Leaving Eden’s new album “ As Above So Below” released on August 5, 2022 Dark Star Records/Sony/Universal/worldwide distribution is just as heavy as the previous 11 Albums. There’s lots of melody, harmony and some cool licks and tricks throughout.

That’s a John Lennon song we covered on the New album. Here is a video link to our single off of the album titled “Green”

It’s a little heavy and has some great harmony and melody. I feel like it’s got a good vibe and a great beat. Quick note; Titled “Green” because of the lyric line “And the sky turned green in the distance of a dream“. I wasn’t sure why I was writing that when I did but many years later I noticed somewhere in the country the skies were green. So a little bit prophetic you could say.

You can buy or stream our new album anywhere these services are offered worldwide. Where our songs are pretty much based in reality and lyric driven, this new album gives you insight into how we view things in the world today. You can find all info @ https://leavingeden.com/home

I guess probably doing all the extra work like booking, promotion, recording, editing, video, artwork, etc. I do it all along with writing and performing so it’s very time consuming. If ya wanna get something done right do it yourself. Saves money but not time.

I get asked this question a lot. I like to connect universally and feel the energy as we’re all part of the same energy that exists everywhere. I look at it like a net or a web. A tangible thing just like sound, you can’t see it but it’s there and it travels together all in one piece. It may get distorted from the wind if it’s outside but it still stays in one piece yet you can’t see it. The music comes, the melody comes, the production comes, pretty amazing and then sometimes I have the lyrics already written or I write lyrics to the piece. Alyssa has written some songs as well with me. Then I usually just record scratch tracks and let the rest of the band here and then they work their magic and the rest is history.

I usually say that Leaving Eden is an eclectic collection of multi genre music based in rock with some mellow, acoustic, pop inter-weaved throughout with lots of melody and harmony. Leaving Eden is best seen live so you can really feel the energy as Eve is off the charts and when it comes to sharing that energy with all the people in the room The whole band shares in that experience.

That’s tough because I’m not sure we’ve changed. We’ve evolved with the same direction always in mind. We’ve explored more along the way and we got a more secure connection universally through time. But the songwriters are still the same. We’ve done simple songs, heavy songs, acoustic melodies, movements, and I think it’s always been all over the spectrum. You can go back and listen to the last 12 albums for yourself and see. Like the song Green off of our latest album it’s at the billboard charts and it was written a long time ago. Go figure.

More touring, recording, videos, movies and whatever else may cross our paths. Our motto, We’ll play anywhere, anyhow, anyway, so long as we can.

Leaving Eden Touring USA, UK and Canada. Winners of many music awards in several musical categories. Leaving Eden has been featured on Destination America, The Discovery Channel, Fox 25 Morning Show Boston, Coast to Coast Radio as well as on FM Radio on the top 10 on CMJ Charts with many endorsements and movie credits.

Silver Springs Fleetwood Mac Tribute, featuring current members of Leaving Eden, New England USA, Available worldwide for any size engagements. This unique quintet covers over 4 decades of the Best Fleetwood Mac songs ever recorded. Staying true to the sound, vibe and the look of Fleetwood Mac, a theatrical performance enhanced with state of the art sound and lighting, paired with high quality video scenes rolling in the background, is truly second to none.