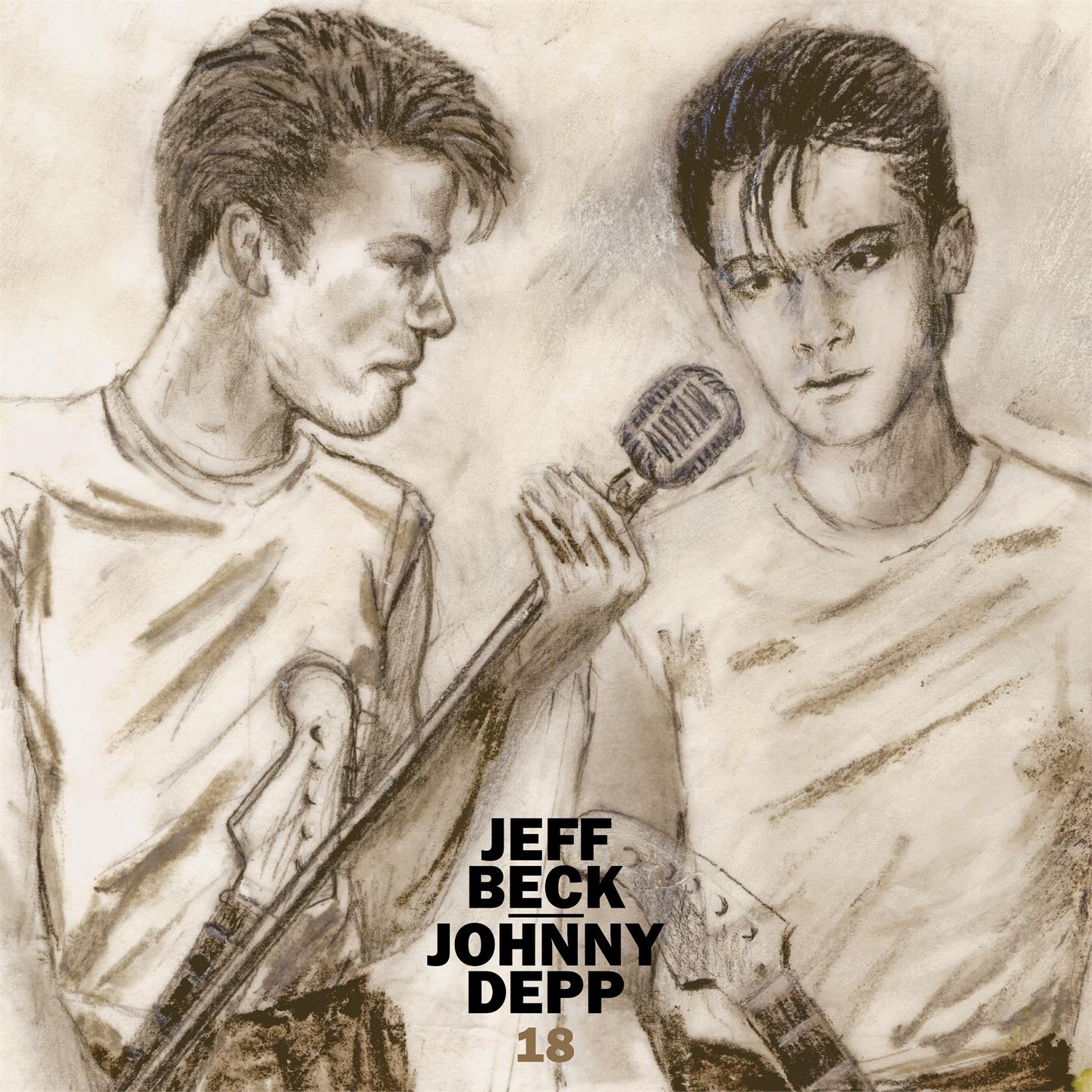 Following their engaging and memorable performance at the old fortress in Bergen back in early July this year, I quickly became wildly enthusiastic about this collaboration by the two gentlemen, Jeff Beck (lead guitars and bass) and Johnny Depp (vocals, bass, and rhythm guitars). While the former is unarguably one of the most noteworthy and innovative musicians of all time, the latter impressed me greatly a few years ago thanks to his inspired work with Hollywood Vampires, but just what exactly is 18 and what does it contain?

18 is as diverse and unpredictable as they come. Consisting of two original cuts and eleven well-executed cover tunes, the record blends classic rock, blues, funk, fusion, and even industrial rock to great effect. Some might argue that it lacks musical coherence, but I would wager that one of the things that makes this such an appealing and captivating listen is its sense of urgency and drive, its boundless enthusiasm and creativity, and all the contrasting musical colors that are in play throughout. Beck’s playing is unsurprisingly elegant and passionate, and Depp’s voice is all about character and delivery as opposed to being technically dazzling. Some of the standouts include the edgy and punishing rendition of Killing Joke’s ‘The Death and Resurrection Show’, the gentle and almost fragile-sounding original ‘This is a Song for Miss Hedy Lamarr’ (where Depp’s singing bristles with emotion), and the spirited version of the Velvet Underground’s ‘Venus in Furs’. In fact, the latter composition would not have sounded out of place on the Rise LP by Hollywood Vampires.

18 may not necessarily resemble a cohesive musical statement as such but there is an awful lot to savor here, and it is not merely some idiosyncratic delight or an oddity. Granted, a couple of tunes are slightly forgettable and add little to the experience, but overall, I found this an uplifting listen and a very nice surprise. On a final note, I dig the simple yet evocative design of the digipak CD as it complements the class and vigor of the musical content nicely.