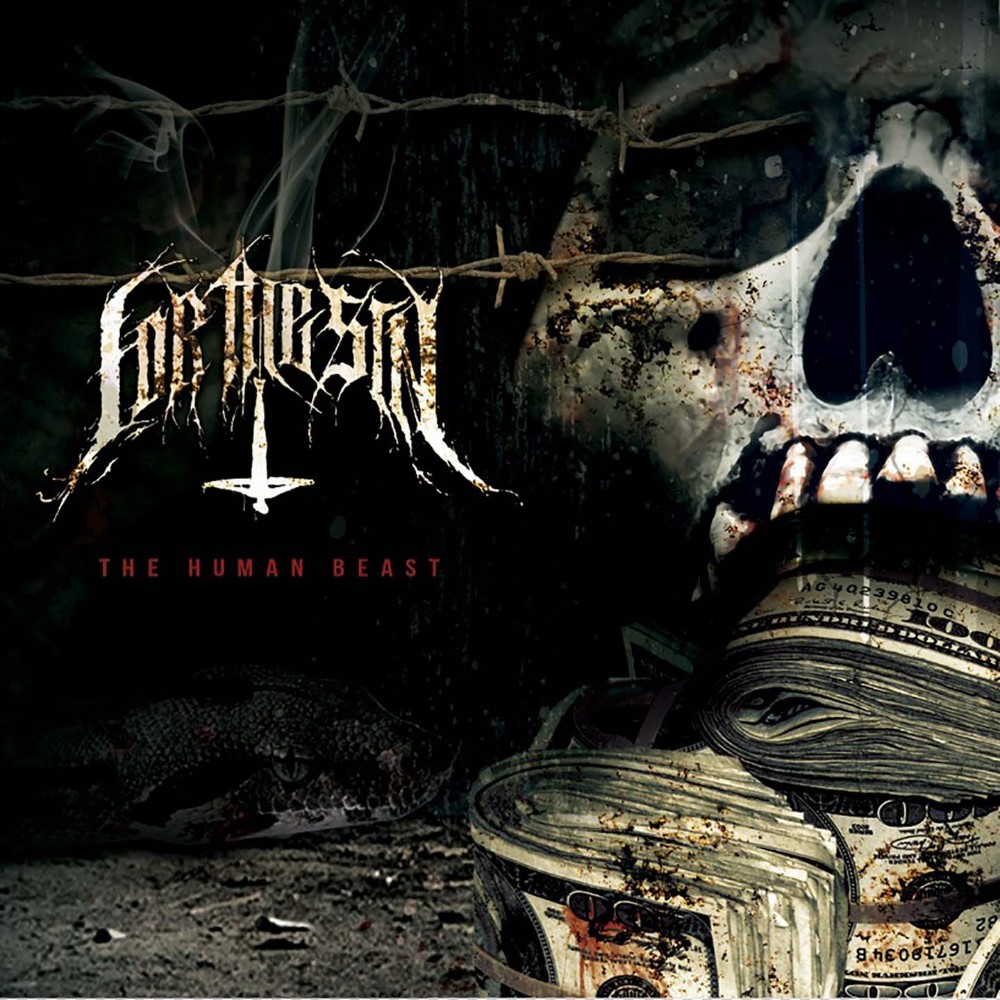 FOR THE SIN – The Human Beast

I’m always surprised by bands who consistently want to make as minimalistic music as possible, especially heavy metal and hardcore artists. What is the value of slightly the same riff repeated in every song to the extent that it just becomes an excuse for the “tough guy” streetwise lyrics and provokes the listener to guess what the next track track is going to sound like after the first two or three? Half the trouble, which results in a higher score, if this metallized hardcore music is fueled by death metal but, still, the French quintet consisting of Fabien (guitar), Yvan (guitar), Guillaume (vocal), Gaetan (bass) and Vincen (drums), which have two recording of unspecified length: “Sweet Suffering”²⁰¹⁸ and “Reborn”²⁰²⁰ before this, their debut full length, “The Human Beast”, still, I say, these guys are far from unpredictable, clearly inspired by Hatebreed’s legendary perfect debut “Satisfaction Is The Death Of Desire”, Dying Fetus and maybe some Biohazard, Sick Of It All or Merauder for good measure with, again, this simple death metal groove a’la Obituary or Morbid Angel here and there with two vocal stylings, one a death metal Chris Barnes-like guttural and the other a hardcore scream recalling Tim Williams of Vision Of Disorder, alternated accordingly.

While most tracks are one-dimensional or and incredibly simplistic there are three which offer a little more and I would even call them good and enjoyable. The title track, with its very early Machine Heady atmospheric intro, an actual genuine melody and comparative twists and turns is the most engaging but the thrashy and melodeathly “Mass Grave” and the presumably French fast spoken word introed punkish death closer “The Lil’ Guy Who F@#$ed The World” (Bonaparte?) are also of note. I even see potential in the “God Hates Us All” Slayerish “In My Corner” which then makes the second half superior to the first which sounds as if for the first 6 tracks For The Sin was merely warming up.

“The Human Beast” is an average, a very short and mostly simple album and, as a debut it goes the way of most debuts: there’s a fire, a hunger but not much to write in the way of songwriting or performance, although one significant advantage is the brutal and crushing production many death or hardcore bands could envy. Other than that, let them grow.