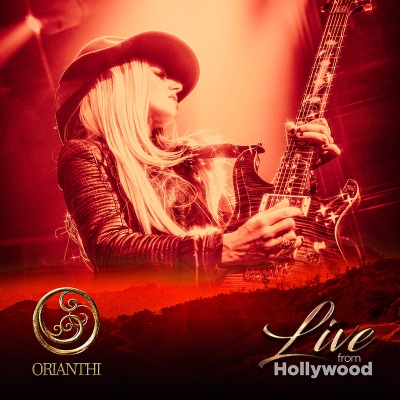 The latest output by the accomplished Orianthi is a live offering that was shot and recorded back in January this year at the Bourbon Room in Hollywood. Backed by a brilliant cast of musicians including renowned drummer Glen Sobel (Alice Cooper, Hollywood Vampires), the guitarist tears through songs both old and new with gusto, confidence, and a lot of enthusiasm. Her voice is superb and the performance itself is truly great, but sonically speaking, it is a bit of a letdown. The band is on top form but something about the audio makes it sound too compressed – almost to the point of being muffled and lacking clarity and depth. Where is the punch and the power that this CD/DVD so rightfully deserves? Those who were in attendance that night at the Bourbon Room or hardcore fans of Orianthi’s discography will want to check this out, but the rest will be perfectly fine and content listening to the studio albums instead. Having said that, the live rendition of ‘Blues Won’t Leave Me Alone‘ present on the discs is absolutely fabulous and as heartfelt as they come. The DVD contains one more track than the CD and transports you to the front row, which is business as usual with respect to the DVDs produced by Frontiers Records, but the interview segments with a candid and reflective Orianthi are a treat and offer something cool and interesting.

Orianthi and her musically gifted cohorts deliver the goods but the production is downright anticlimactic, which basically means that this release is neither essential nor one for the history books.