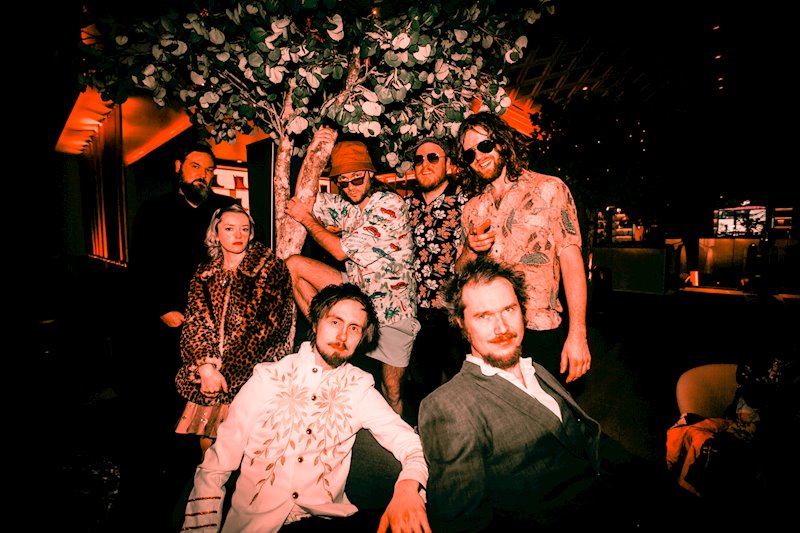 Major Parkinson announces their long-awaited return with the new album Valesa – Chapter I: Velvet Prison, releasing on CD, vinyl, cassette and all streaming platforms on October 7, 2022. The ever-evolving seven-piece has emerged from the primordial darkness of 2017’s Blackbox, into a neon haze of progressive synthpop/rock. Having chased the ever-elusive Ghost of Pop music from the early days of their eponymous debut album to the present, the band has always thrived within a melodic core – often clad under a shroud of progressive experimentation. On Valesa – Chapter I, the shackles are off, the curtain pulled back, as their compositions extrapolate with new focus and invention. Not necessarily less intricate, but definitely more pop.

The album features 17 meticulously crafted songs that explore new sonic territories, set to the political backdrop of the 1980s as they tap into the Zeitgeist of a period in human history that proved tantamount in shaping our world. From the halls of an abandoned American high school to the wine-stained head of Gorbachev — the album evokes an all-encompassing feeling of uneasy nostalgia, like humanity collectively looking back in time with a pair of cracked, rose-tinted glasses.

“Synth anthems set in a disco of nuclear anxiety.”, says vocalist Jon Ivar Kollbotn. “In this day and age, life is passing before our eyes before we can grasp anything at all, and we become spectators in our own lives. Like confused, geriatric visitors in a wax museum. As time passes by, the past is becoming brighter and nostalgia is growing bigger.”

The instrumentation is powerful and evocative. Guitars swell with subtlety as the bass and drums provide the groundwork for an explosion of synths as keyboardist, Lars Christian Bjørknes, takes center stage to create something wholly unique. Returning female vocalist, Linn Frøkedal, joins with the band’s very own Peri Winkle to complement Jon Ivar Kolbotn’s enraptured vocals and guide us through the brightly coloured maze of Valesa – Chapter I.

Weaving between nostalgia and failed revolutions, this album is a completely unique star in the soundtrack of 2022, offering you something that has rarely been done in any field of music.

Their free-flowing and unrestrained songwriting is constantly evolving and expanding into new musical territories, and the upcoming album, Valesa: Chapter I, could be seen as a lighter and more extroverted work than previous albums – while clearly maintaining the band’s experimental core operation. Earlier comparisons to Cardiacs still ring true, while there are echoes of names as diverse as Arcade Fire, Depeche Mode, Leonard Cohen, Duran Duran, Poppy, and Bruce Springsteen on Valesa.

Splashing about in their very own, near-overflowing bubble of progressive rock, avant-garde pop, dark humor and theatre, some claim Major Parkinson to be Norwegian music’s best kept secret. Yet, to their loyal and growing fanbase, they certainly are no secret.