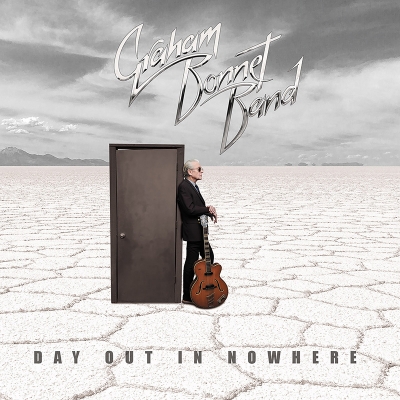 The charismatic Graham Bonnet and his skilled bandmates are back with a powerful new album that encompasses some of the best parts from the singer’s work with Rainbow and Alcatrazz while simultaneously sounding sharp and modern. Simply put, we are dealing with a classic heavy metal record that is loaded with great hooks and gorgeous melodies.

Graham’s strong, booming voice is as impressive as ever and sounds phenomenal on top of those killer riffs and epic passages that permeate the album. In many ways, this memorable and huge-sounding beast strikes a damn good balance between aggression, melancholy, grandeur, and a sense of the uplifting and spirited. The musicianship is impressive, some of the lyrics are thought-provoking and deserve closer analysis, and there is no denying the fact that “Brave New World” and “Uncle John” are some of the best pieces that the Graham Bonnet Band have penned to date. Only the closing track titled “Suzy” is a flat and uninspired affair that lacks drama and spine-tingling qualities, but other than that we are talking quality stuff here.

“Day Out in Nowhere” is a cracking good listen that displays focus, drive, and impeccable songwriting, and it also boasts some very cool guest appearances by a bunch of prominent musicians including Graham’s former Rainbow colleague Don Airey (Deep Purple).