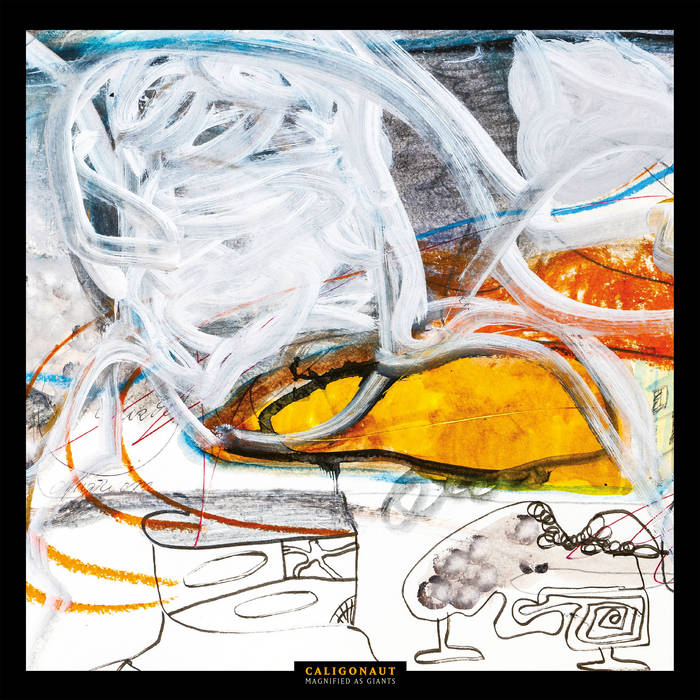 Caligonaut is the brainchild of the wildly skilled guitarist/vocalist Ole Michael Bjørndal whose name you may or may not associate with such stellar outfits and artists as Airbag, Oak, and Bjørn Riis. This epic 4-song LP originally came out in early 2021 but has now been reissued due to popular demand, and those of you who missed out on the first batch of vinyls and CDs ought to act fast and get moving so that you can lay your hands on this incredibly well-written record. One of the main reasons for reviewing this re-issue is that the original 2021 edition was never covered in these hallowed pages of ours, which has bugged me for months now, so we are essentially making up for that now.

From organic, 70s-inspired prog rock landscapes to more modern and edgy rock-ish tropes, these four compositions are beautifully layered and there is an amazing flow to the work overall. There is something almost graceful and pretty about the way in which the warm and soothing vocals are introduced in “Emperor”, and there is a lot of soul and emotional weight to the performances from everyone involved here. The vocals and melodies accentuate and emphasize the aura of yearning, nostalgia, and melancholy that permeates the affair, and while some passages conjure up pictures of things bucolic and pastoral, others are darker and arguably even ominous, which is testament to how adept these gentlemen are at seamlessly moving from one end of the spectrum to the other with ease and elegance. The production is lovely too in that it possesses plenty of clarity, warmth, and depth. Oh, you want some heavy riffs and huge chords on top of all this good stuff? The moving album closer “Lighter Than Air” and the aforementioned “Emperor” contain a fair amount of those, so fret not, my friends.

Occasionally bleak and always arresting, “Magnified as Giants” is wide in scope, yet it feels intimate, self-reflective, and deeply emotive. Simply put, this is an immersive journey through musical color and texture that is perfectly composed and also exquisitely presented from a purely visual perspective with respect to the artwork and layout. Regardless of whether you are into Genesis, Camel, Pink Floyd, Wobbler, or the aforementioned Oak, there is something for you to love and cherish here. This is no less than a modern-day prog classic and a very powerful listening experience.