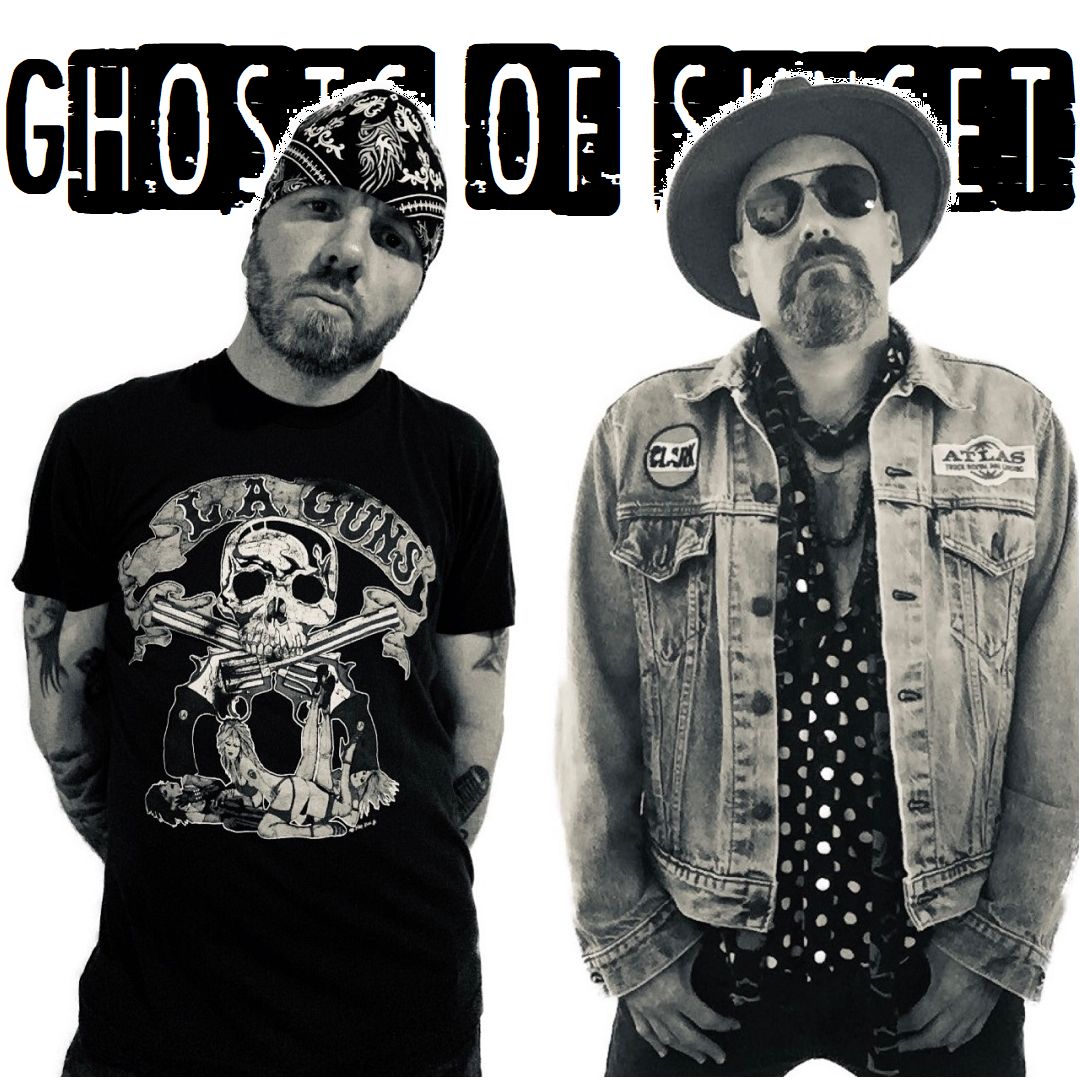 “Headed West” features the work of both Merchant and Long as well as a cast of musicians with their roots in the 1980’s hard rock/hair metal scene especially in Los Angeles, California.

The result was a killer selection of songs with roots buried in the Sunset Strip in LA but with an authentic , updated vibe to make each song relevant to todays music and vibe.

Below is a quick interview, with help from our collaborators at Rogue PR, in which you can read how the band presents themselves to the world and what they are up to

Introduce your band, and describe your latest release: We are Ghosts of Sunset, a rock n roll band from the United States and our latest release on Golden Robot Records is called “No Saints in the City”
What’s the hardest part about being a band in this day and age? Honestly? The same as it ever was time and money. Never enough of either.

When did you realise that your project had the potential to be much more than just a fun idea?
When we finished our first single “Miles in Between” and listened back to it. We knew we at least had to try and share it with other music fans and see if it moved them the way it moved us.

Tell us about your latest release, why should we check it out?
I think “No Saints in the City” is melodic hard rock with equal emphasis on creating memorable, hook laden music, with character driven storylines. We give every aspect of our songs equal attention.

How does a song typically come together for you?
Usually we start with a musical idea, a “riff” usually and we start creating a musical skeleton. Once that’s in place we let the “feel” of the song start to dictate the story that will be told and develop our plot and characters. Once all that is roughed out, we start to shape the musical track to re-enforce the emotional impact of the characters within the songs.

How would you describe your sound to an unfamiliar reader?
I really like to say melodic hard rock with its roots in 1970s and 1980’s hard rock and glitter/glam rock, that includes influences from a wide variety of sources.

What do you want listeners to take away from listening to your band?
That songs can “rock” while still paying attention to character detail, storyline, and an avoidance of cliché.

Where would you really like to tour that you haven’t done so yet, and why?
We really need to connect with a live audience in the UK and Australia. They seem to really get us and we’d love to bring our idea of the “live show as spiritual event” to them. We learned that approach from the artists we grew up on.

How would you say that the sound of your band has progressed over the years?
As you get older, you realize that your influences, no matter where they come from, should be treated with equal respect and inform your work.

How excited are you for 2022, and what can fans expect from you?
We’re promoting “No Saints in the City” on Golden Robot Records, we’re 5 songs into the follow-up, and addressing barricades that exist in relation to live work. We can’t wait to see people fact to face and share the moment with them.