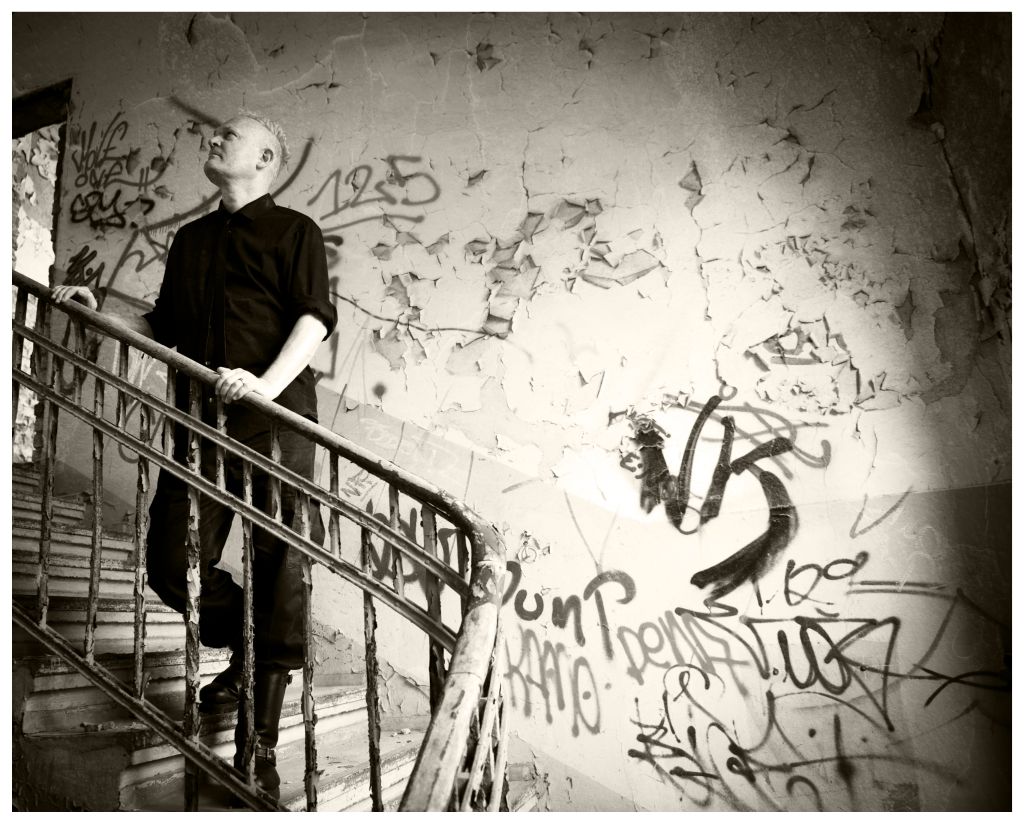 Introduce your band:
ATTRITION started life at the end of 1980… I have steered the band through over 40 years, releasing up to 30 albums and touring all over the world. We’ve also released a number of film soundtracks and collaborated with other bands… I also work on bands production and mastering in my studio here in Coventry, The Cage.

What’s the hardest part about being a band in this day and age?
Well, apart from the covid lockdown which totally wiped out any live shows I think the same challenges are always here… writing, releasing, rehearsing, recording and then promoting and touring…it’s a full time job and it’s never easy to make a living from music… but ultimately it’s not about money its about music…its about communication…

When did you realise that your project had the potential to be much more than just a fun idea?
I think I always had the idea that it was more than that… even in the early days when we were starting out and learning our craft… It has always been a passion that has carried us along on a wave…with all the ups and downs along the way!

Tell us about your latest release, why should we check it out?
We have just had released a vinyl and digital collection spanning ATTRITION’s mid period…. “A Great Desire (1986 – 2004)” features 10 tracks, many of which have never been released on vinyl before… it’s out on US label Sleepers Records in LA.
Listen to it on our bandcamp page here: https://attritionuk.bandcamp.com/album/a-great-desire-1986-2004
You have nothing to lose! 

How does a song typically come together for you?
I often experiment with sound textures, create an atmospheric background from which rhythms and melodies, and finally lyrics emerge ( if it is to be a vocal track)…at this stage I will bring in a female vocalist and various guest instruments if I feel they will work… so guitar/violin/cello/piano etc will be added to the mix…and eventually I will mix and master it here in the studio…

How would you describe your sound to an unfamiliar reader?
A darkwave combination of electronics and organic instruments… keys, Strings, occasional guitars and male and female vocals.. This review we had from 200 maybe sums it up…
“Forever there will be the speculation that the exploration of darkness as a beautiful place will lessen our fear of it all, ease the pain a little…”

Where would you really like to tour that you haven’t done so yet, and why?
In 40 plus years we have toured on 4 continents so far… but there are always places we have yet to explore… and places that we need to return… South America, Australia are high on the must go list… and to return to Japan (we played Tokyo in 2019) and always Canada… maybe the USA (we have toured there a lot over the years)
I love travelling and meeting people…there is so much we can learn from that…

How would you say that the sound of your band has progressed over the years?
We actually began as a post punk guitar/bass/drums/vocal line up and played a few shows like that at the end of 1980… but soon got heavily into synths and drum machines and electronics in general… so by the time of our first album in 1984 we had established a very different sound… line ups and styles changes over the years and guitars crept back in… strings became quite dominant in our sound in the 90s and remain a part…. We also vary from more upbeat songs to film soundtracks… whatever we feel we need to do.. A good history so far is out 2015 “best of” “In dark dreams” which collects tracks from our releases over the years
https://attritionuk.bandcamp.com/album/in-dark-dreams-1980-2015

How excited are you for 2022, and what can fans expect from you?I am so pleased that things are opening up… we started performing live again at the end of 2021 and have more coming up in The UK soon…We’re also talking to promoters in Europe and South America about upcoming tours… It’s good to be back!
Meanwhile we are finishing our long awaited new album, “The Black Maria” which should be with us by the end of this year… we released a single from the album a few months ago, “the Alibi”. which features my first video production… something I started to learn in lockdown… it is here on our youtube site:
https://www.youtube.com/watch?v=u-yAqSkzybE


Thank you for the interview!
If people want to explore further do check our various links below…