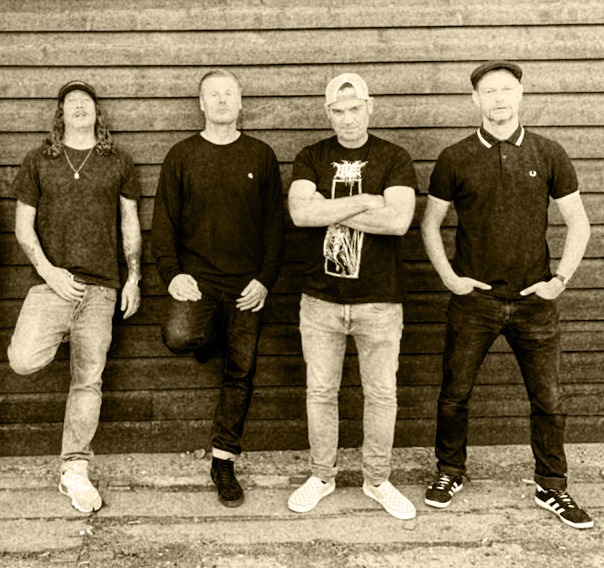 ABOVE ALL release first new music in over two decades

Essex-based metallic hardcore outfit Above All have just released ‘Disarm The Gods’, their three track EP – and the first new music they’ve released in over two decades.

Above all slammed onto the scene in the ’90s quickly gaining a reputation for their brutal live shows which saw them share the stage with the likes of Life Of Agony, Madball, Earth Crisis, Korn and Fear Factory. After releasing their critically acclaimed debut album to Roadrunner Records the band decided to call it a day.

Disarm The Gods, their first full body of work since the 1990’s, produced and mixed by Charlie Wilson at Monolith Studios, showcases the band’s unmistakeable blend of intense hardcore, heavy breakdowns and metallic riffage.

Above All formed in Essex in the 1990’s with an agenda to combine the best musical elements of both hardcore and metal. The group quickly gained a reputation for delivering a brutal and intense live set, which saw them share the stage with the likes of Life Of Agony, Madball, Earth Crisis, Korn and Fear Factory.

After releasing a blistering 7” on indie label Surehand and their debut album on Roadrunner Records, the band called it a day to pursue other interests.

Fast forward two decades to the lockdown of 2020, which saw the band reform with additional guitarist Jay Rowe (Hexes) in tow, write new music, and go on to headline the successful ‘Then And Now Hardcore Festival’ in the Summer of 2021.  And 26 years after their last recorded music comes the release of Disarm The Gods.

Speaking about their new songs, vocalist and lyricist Tony Maddocks says, “We had been away far too long, but we have returned with our hardest and heaviest songs to date. Old-school fans and new listeners should not be disappointed.”

The three track EP is released digitally today, with a limited edition run of vinyls coming later this year.

MESHUGGAH shares face-melting third single, ‘I Am That Thirst’