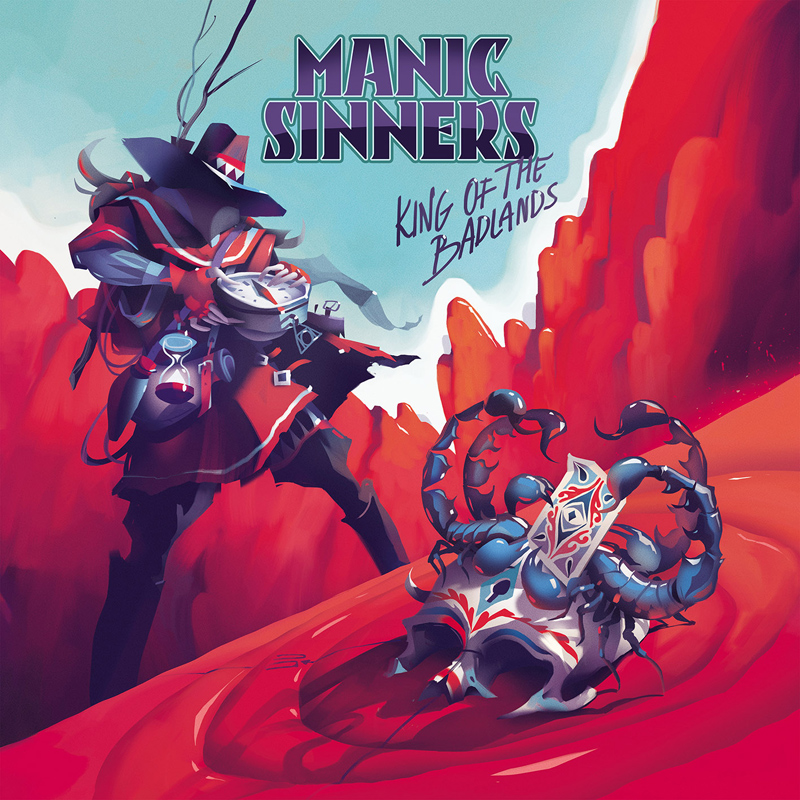 Energetic hard rock from the country of Romania is what we have here and the 12-track effort that is “King of the Badlands” contains a pretty decent number of hooks and powerful riffs. The sound is crunchy and packs punch while the interplay between the three members of the ensemble is solid. Manic Sinners have neither reinvented the wheel here nor released a record that offers originality as such, but they do have an identity of their own and the album contains its fair share of enjoyable tunes where the majority of them kick ass in one way or another. In addition, they possess grit, spirit, and determination, and although it took me quite a while to warm to the vocals, they do get the job done without necessarily being exceptionally good or outstanding. The standouts include the moody ballad that is “Ball and Chain”, the heavy delight that is “Under the Gun”, and the atmospheric rocker named “Nobody Moves”. The latter possesses depth and boasts some wicked nuances, and it is unarguably the most noteworthy piece on the disc. Just steer clear of the horrid track titled “Anastasia” and you should be fine, really.

“King of the Badlands” may not set the hard rock community on fire, but it does offer some catchy and well-written songs that are worth checking out, and there is both promise and potential to be discovered here.