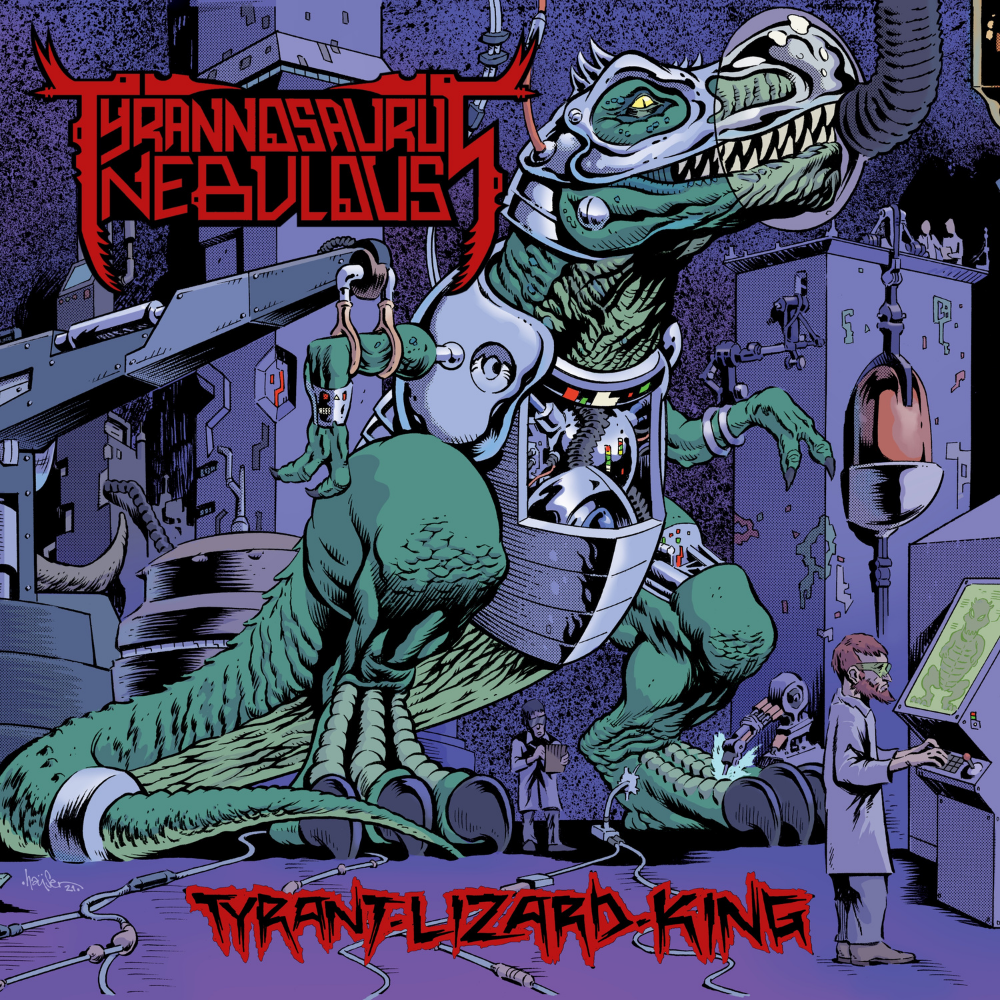 The good people over at Stampede Press mailed a promo copy of this twelve-track sonic assault my way and I am forever grateful to them for doing so. Apart from being visually impressive with respect to the artwork, there was something about the cool song titles that drew me in too, and as it turns out, the explosive British juggernaut known as Tyrannosaurus Nebulous is a fabulous addition to the hard rock scene.

This is a wonderfully diverse record that offers dynamics, depth, and swagger. I could easily see “Tyrant Lizard King” appeal to fans of everything from ZZ Top to AC/DC and further on to Led Zeppelin and Thin Lizzy. Warm-sounding and organic, powerful and in your face, unpredictable yet catchy as fuck – there is a lot to cherish about this one. Actually, I find it really hard to believe that this is merely the group’s debut album simply because it sounds as if it has been crafted by veterans who have been around the block a few times, but that probably tells you all you need to know about how convincing and effective the whole endeavor is. Deft riffing, passionate vocals, big choruses, and more hooks than you and I deserve are what lie in store for you, and all you lovers of quality rock music seriously need to check this authentically heavy and hard-hitting 70s-inspired opus out as soon as it is unleashed in late March. And before I forget, the lyrics are a real treat too and delightfully quirky at times. Groovy and awesome stuff!