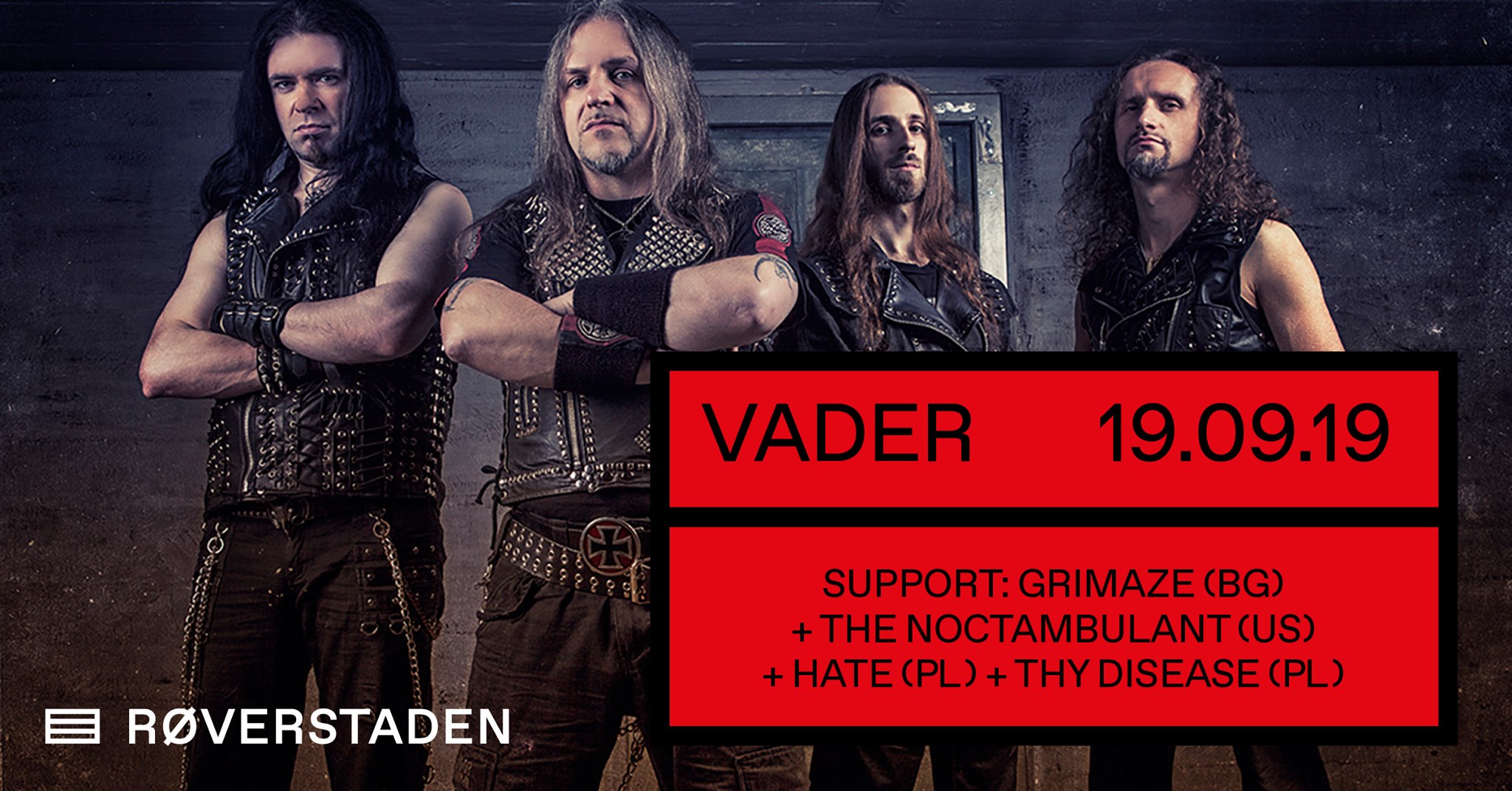 This September polish classic death metallers VADER will break through Baltic Countries and Scandinavia! Over two years after their last invasion they return to bring total chaos with their most classic tunes and also to present new ones coming from recently released EP ‘Thy Messenger’ and upcoming full album!

Undefeated war machine will be accompanied by their fellow countrymen, extreme metal crusaders – HATE. Well known for their venomous mixture of black and death metal style, active since 1990. New opus entitled ‘Auric Gates of Veles’ comes out on 14th June this year!

Third band on the bill is THY DISEASE which will serve deep and heavy modern grooves with mind-twisting electronic sauce. Brand new album will be released early September, so fresh stuff is guaranteed!

Another support bands are GRIMAZE (08.09 – 22.09) from Bulgaria who promote their album ‘Planet Grimaze’ and THE NOCTAMBULANT from United States, who just released their new LP ‘The Cold and Formless Deep’ June this year.

The shows will take place in Lithuana, Latvia, Estonia, Finland, Sweden, Norway and Denmark. The tour will kick off on 5th September, right after festival season. Few more dates are to be added soon and another two support bands will be announced shortly!

SISTERS OF MERCY spiller i Oslo