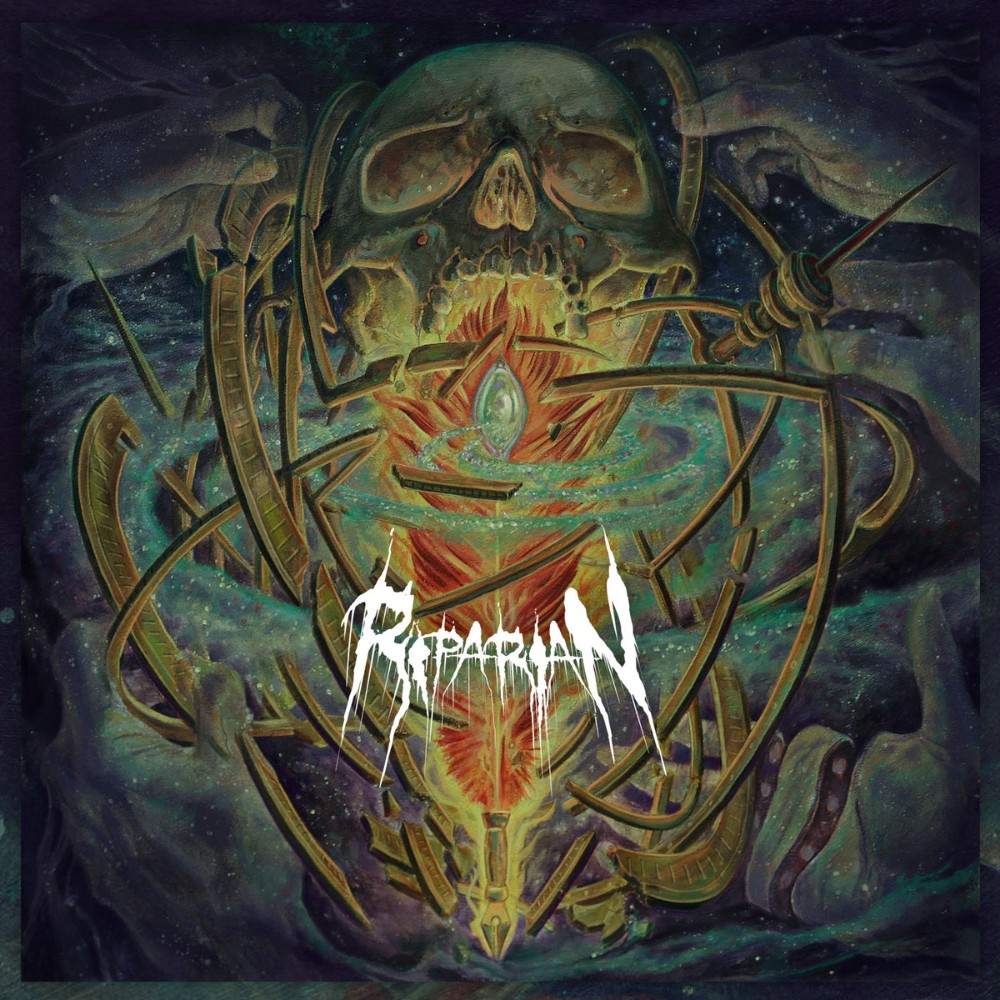 Riparian means something related to or situated on the banks of a river and the Pennsylvanian death metal ensemble, formed in 2017, can feel this way when you listen to their brand new debut eponymous EP. We are treated to something between All Shall Perish’s "The Price Of Existence" and Mastodon’s "Remission", technical death core with sludgey vibe, with tracks that generally don’t differ much from each other while some leaning more towards the death and others more core-ish.

The material is fairly even each track packed with enough hooks, twists and turns to justify the above score but the opener, "The Nuclear Unclear" appears a bit underwhelming, a warm up excercise, if you will. Out of this five track over 24 minute affair I would distinguish two tracks for interesting ideas and one for a great start gone sour. What drew me to Riparian was "Event Horizon Of Artificial Existence", a midpaced technical number recalling Konkhra, Death and Meshuggah with 90s Voivod. The closer "Metrics Distortion" is even better, ideas highly reminiscent of All Shall Perish’s "Prisoner Of War", with a melodic slightly progressive edge to it, probably the most complex track. "Cosmic Undulations" has that epic marching rhythm that Mastodon’s "March Of The Fire Ants" had but it turns into a less interesting brutal death metal pounding which leads me to the flaws.

Riparian being a debut EP from a fairly new band, the material lacks both cohesion and abundance of hooks. Frankly, it feels as though Lou Snyder (guitars, vocals), Rob Grisly (vocals, lyrics), Dan Martin (guitars), Brooks Criswell (bass) and Nick Tupi (drums, lyrics) were not so much interested in putting out the greatest material they could muster but rather to just stick it to a wall as a display of instrumental prowess that makes itself known in the same way Biohazard, Vision Of Disorder, Sepultura or Obituary made themselves known on their debuts , just a high energy offering with holes the quality of Swiss cheese. And really expecting something mindblowing from debutantees is like expecting newborns to dance the night away barely out of their cribs.

Riparian sweeps through with their short EP showing us they can perform and signifying certain potential but time will yet tell if they can turn it into gold. I suspect this is merely a taste of what they can offer on the full length, hopefully a more cohesive and more satisfying meal.

FORGED IN BLACK – Descent Of The Serpent