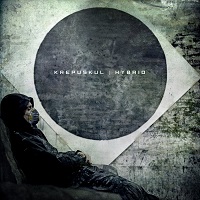 This Romanian melodeath/groove metal (no idea where encyklopedia metallum got the black metal reference) presents an interesting, sometimes original blend of styles and progression which works more often than not, but their similarity to Lamb of God can give you a start, although, overall they are better songwriters than post-Sacrament Virginians.

The introductory riffs of “OCD – Let’s Start A War” are hardly promising and this generic, substandard track had better be a form of intro into better things ahead. I call this a pseudosong as it is devoid of any particular structure, sort of “We Who Are Not As Others” (Sepultura/Chaos AD) with heavy Lamb of God association as Alexandru “Andu” Anches sounds like Randy Blythe’s twin brother. Alas, interest picks up with the “High Breed Hybrid” (oh, I see what you did there, clever), a mix of slow In Flames and “Roots” Sepultura, a bit nu metalish with a Machine Head/Fear Factory groove, even if it still gives an impression as though we are still listening to an intro. Now, “As Long As You See The Sky” is actually good, even if it does fly a bit too close to Arch Enemy’s “Doomsday Machine”, complete with that one famous keyboard/echo effect. It occurs to me that every track is actually better than the predecessor, which is not the usual way metal albums are constructed, but that means the best is always to come, kind of like in life. Indeed, the prayerful “The Disciples”, which might as well be a Lamb of God song, “The Limits of Hate” and the best of the bunch, “Under the Black Flag”, are all excellent, flirting with metalcore, Mors Principium Est and Mastodon, but giving an overall feeling of songwriting superiority all the aforementioned, especially post-Sacrament LoG.

And this is where Krepuskul takes a nosedive into mediocrity for the next two tracks, as if they no longer cared for quality of what they put together, with “Psychotherapy” clearly another joke more than a song if the chants “therapy, therapy, everybody needs some psychotherapy" (if you can afford it!) are any indication. The interestingly titled “They Will Fall” is predictive of content as it starts with an atmospheric Machine Head and builds up to, essentially, a non-song with flashes of great guitarwork but not much bang for your buck. Thankfully, the closer, “Awake 17” seems to jerk the band awake and serve something worthy of breaking out speakers or headphones/earbuds; now a ballad, now alternating between power thrash meal and melodeath with excellent transitions, melodies and riffs, thoughtful lyrics such as “rise above human nature”, a return to the atmospheric beginning and one final meltdown before an abrupt ending of the whole affair.

Interesting blend of styles and above average songwriting make it a compelling release but overall impression is that it’s all still quite incoherent and Krepuskul sometimes does not seem to know what they’re doing or even want to do. Because they are very much at times similar to Lamb of God to the point of indistinguishable perhaps the weirdness and hodge podge of styles are to distinguish themselves? This being their third album in ten years, we should see more originality already, but let them keep improving.