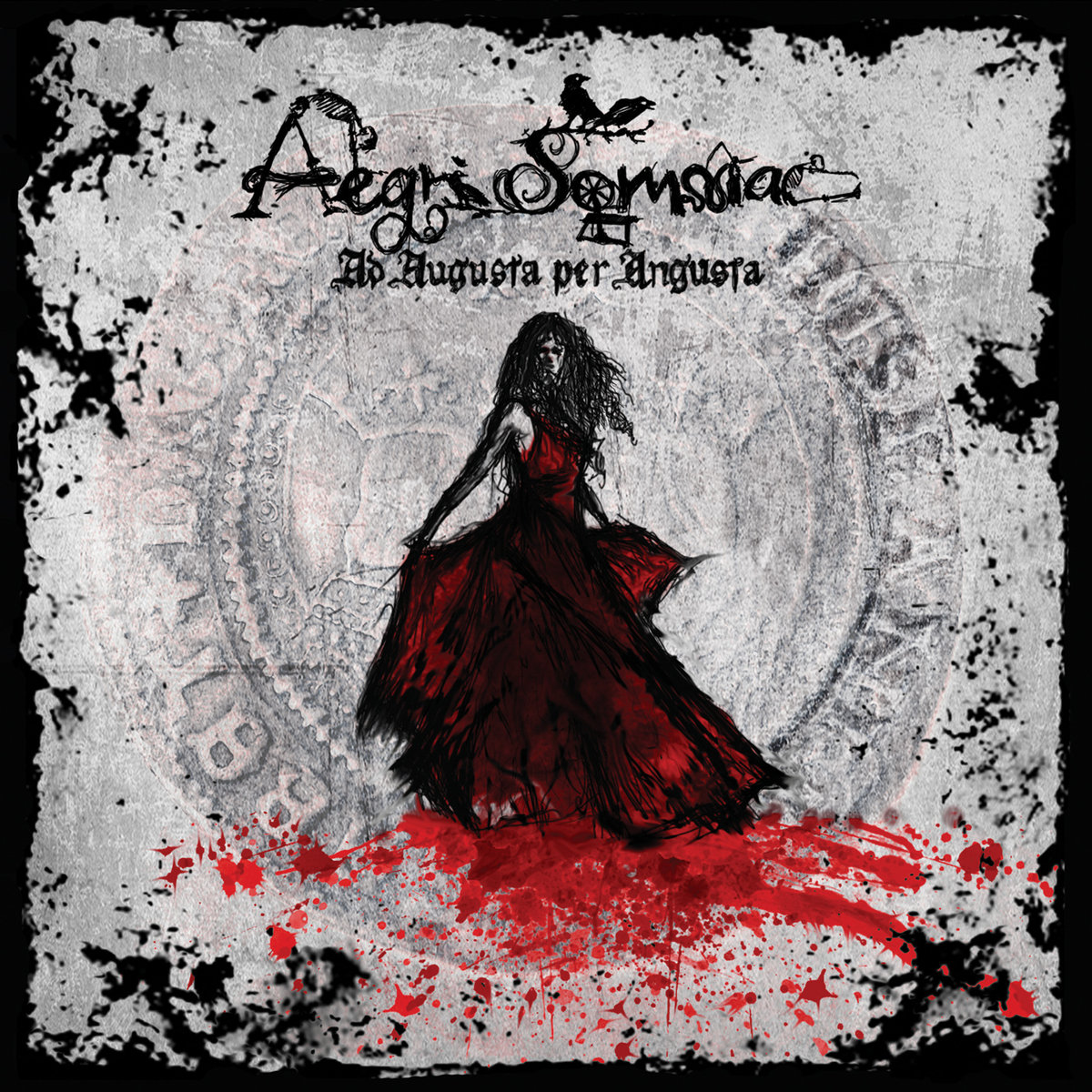 Spanish outfit Aegri Somnia is a strange and peculiar musical entity that is damn-near impossible to label or categorize. Mixing different elements from folk music and oral traditional music with avantgarde rock and even extreme metal is pretty much the only way that I can summarize what it is that these guys do. Oh, and there are a lot of electronic elements present in the music as well. Songs such as "Señor Platero" and "La Niña De La Arena" do possess a certain intensity and dark charm, but trust me when I say that one REALLY has to be in the right frame of mind in order to enjoy listening to the 11-track effort that is "Ad Augusta Per Angusta". Beautiful and somewhat serene passages do enter the picture from time to time as well as some bombastic and symphonic metal-inspired ones, but in the overall perspective we are dealing with a highly eccentric and trying musical whirlwind here in which countless different things are mashed together. The probem is that it all sounds a bit too fragmented and disjointed in places. One of the highlights of the album is the folky and mellow "La Deshonra" in that it has a great flow to it and is actually quite moving. The same goes for the closing track, "Veneno".

"Ad Augusta Per Angusta" does have its moments, but listening to the entire thing from start to finish is too trying and tiring an affair for my part. Having said that, perhaps you should check out a couple of the songs on Bandcamp if you are feeling exceptionally open-minded, but keep in mind that this is some far-out stuff and that it is neither relaxing nor extreme as such, but something else that I cannot figure out what is.