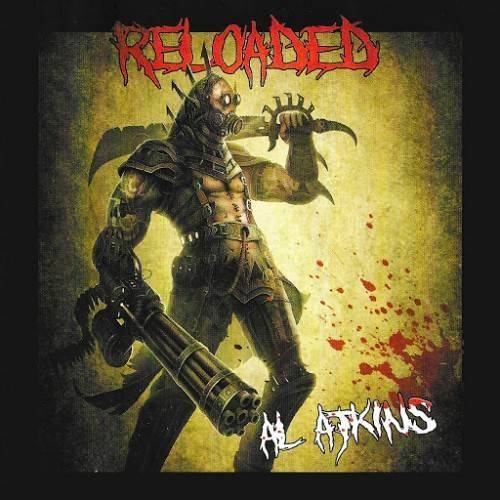 Original Judas Priest vocalist Al Atkins recently released this 11-track album of his entitled "Reloaded", which consists of re-recorded tracks from the last four decades of his career, and I must say that I have grown quite fond of it. Featuring guest appearances by great and prominent musicians such as John McCoy (Gillan), Roy Z (Bruce Dickinson, Halford), Ralf Scheepers (Primal Fear) and Ian Hill (Judas Priest), Atkins has succeeded in putting together a very cool collection of songs that serves as both a historical overview of his musical career and an indication of great things to come from the legendary vocalist. He clearly has not lost a step even though he is not exactly a rookie anymore, so hats off to him for still delivering the goods. Paul May (guitars, bass) and Rob Allen are excellent too and definitely deserve some serious credit for their work here.

The opening track, "Winter", works like a charm and is a memorable and darkly atmospheric piece with a somewhat simple structure to it. In fact, none of the songs on "Reloaded" are annoyingly convoluted or insanely technical; the focus is primarily on belting out catchy heavy metal tunes with a solid drive and a lot of attitude to them. The album is filled to the brim with bouncy and groovy riffs and pounding bass lines, and Atkins himself is in fine form and is clearly enjoying himself. In other words, the vocals lack neither passion nor intensity, and, like I said earlier on, Atkins is definitely still into what he is doing. That is pretty evident when listening to this one. Other interesting cuts include "Heavy Thoughts", "Never Satisfied", "Money Talks", "Coming Thick and Fast", and "A Void to Avoid". I find Atkins’ version of the immortal Judas Priest staple "Victim of Changes" highly interesting from a historical point of view in that I finally get to hear what that would have sounded like with him handling the vocals. Having said that, it does not exactly improve on the Priest album version of it, but Atkins’ rendition is suitably epic and moving. The only tune that does nothing for me is "Cradle to the Grave", but that is about it, really. The rest of the material rocks! The bonus track is a rare Judas Priest demo extract and is not really a song as such, more like a jam, really, but interesting nonetheless.

There is something about the production that appeals to me. It almost comes across as murky and claustrophobic in places, but that actually adds to the dark and captivating vibe of the record. Do not get me wrong; "Reloaded" is heavy and does not lack punch. What I am trying to say is that it does not sound sterile or lifeless either. Like I said, I dig it.

"Reloaded" is simply put a great heavy metal album that remains true to the ideals and core of the genre while being consistent, cohesive, and entertaining all the way through. Support Mr. Atkins!