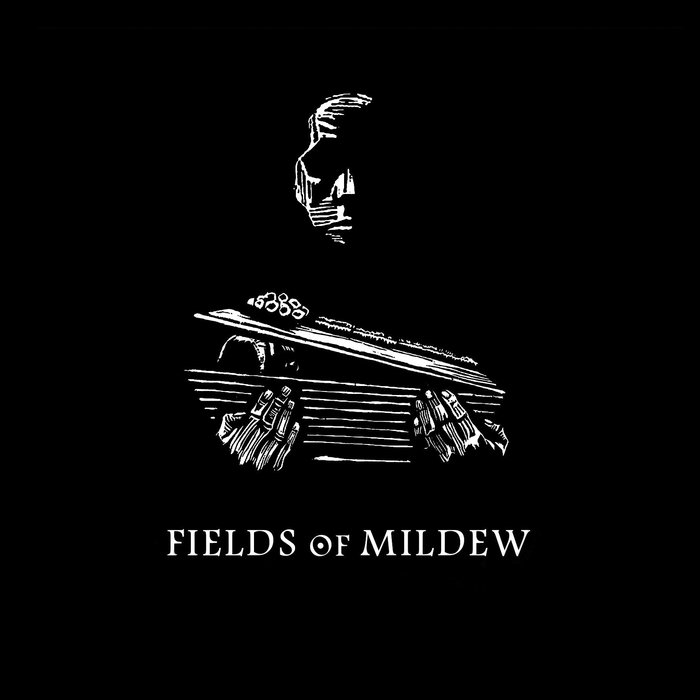 FIELDS OF MILDEW – Fields of Mildew

Fields of Mildew is one of the most haunting, beautiful, and sorrow-filled musical encounters that I have experienced lately. The very first track, "Fields", made the hair on my sloppy arms stand up. I kid you not! So, what exactly is Fields of Mildew and what are we dealing with, musically and lyrically speaking? Well, the short answer is that Fields of Mildew have spawned something akin to a relaxing, hypnotic, and transcendental blend of ambient, neo-folk, Americana, and minimalistic rock music. I swear, I loathe and abhor myself for coming up with such a lame description, because it hardly does the band any justice, but I am at a loss for words as to how the band’s soul-stirring and deep-seated sounds of longing ought to be categorized or summed up in words. Thematically, the album focuses on rural life around the Teufelsmoor area and all that went with it; disease, hard labor, famine, child death, memories, loss, and so on and so forth. Each and every song is evocative and thought-provoking. The melodies are memorable and the vocals are so intimate that it almost feels as if the vocalist is whispering in your ear. It is all so melancholic that words fail me. The album is a compilation in that it is divided into two different parts (i.e. "I" and "II") that were released individually on tape a while ago, but they fit together perfectly and complement each other. Hats off to Death Knell Production for compiling and putting them on a compact disc.

The entire album just flows so naturally and beautifully from start to finish. It is breathtaking at times. It is mellow and calm all the way through, but every inch of emotion is touched and touched on. The lyrics will touch you deeply unless you are either a scumbag or a total waste of precious oxygen. The album is way darker and infinitely more profound than the majority of metal albums that are out there for consumption. Fields of Mildew touches the soul, or rather; it penetrates the inner core of your very being. This album is for the sleepless nights; for those endless walks through barren fields on cold autumn days; and for those moments when loneliness and longing overwhelm you.

Again, Fields of Mildew is mellow all the way through, which means that it might not appeal to most metal heads out there, but those of you who crave darkness and despair in a different shape and size need to get their hands on this album. Rarely has a 21st century album touched me like this. The digipak released by Death Knell Productions is a thing of beauty. Truly a stunning release filled to the brim with gloomy and eerily calm songs that will creep into that frail psyche of yours.