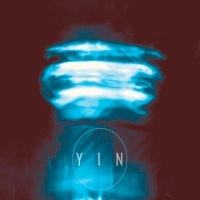 These Canadians may call their music simply violent circus grunge but they are so much more than that. If they are grunge than they are far more talented and creative than the likes of Pearl Jam or Stone Temple Pilots. More accurately, take Alice in Chains "Dirt", "Soundgarden "Superunknown" and Mastodon "Blood Mountain" with a serious punk rock attitude and mix it up and you will get roughly the sound of Ayahuasca. The vocalist, imaginatively called Berserk Lout (likely not a real name, what do you think?) sounds so much like the late Layne Staley (Alice in Chains) and Ayahuasca, in times, so much like Alice in Chains (especially the opener "The Dodged Now") that you get the feeling as if Layne were still alive and well and singing for Ayahuasca. Berserk does not always sound like him, of course, but most of the time, to quote Paradise Lost’s "Jaded", the feeling can’t avoid you (Draconian Times, Music For Nations, 1995). Yet his voice can also take on flavors of Jon Davis (Korn), Trent Raznor, Marilyn Manson, Bono Vox (U2) or even Mick Jagger aided by the bassist Spike Monism (another real name?) Though these guys aren’t really metal, like their protoplasts, Alice in Chains, they walk the line between rock and metal.

The first half of the album is more punk-based Alice in Chains-meets-Soundgarden-by-way-of-Mastodon (very Mastadonian "Yin", "Dark Matter God" and "Dinosaurs"), mingled with moody classic touches of Rolling Stones (Mange) while the second part is more evolved and experimental, Ayahuasca taking more risks, such as with the Depeche Mode meets U2 meets Nine Inch Nails with Jon Davis (Korn) sharing the microphone with Marilyn Manson and U2’s Bono Vox on "Carbon", U2 The Edge-like guitar squealing melodies of "Left Skull Prison" and "You, The Siren and The Endless Void", or the Depeche Mode "Playing the Angel"-based, psychedelia a’la Pink Floyd and Tool guitar-laced atmospheric crowning achievement closer "White Ship" with spoken word of Barry Long’s "The Unbelievable Truth" and amazingly creepy wailing (likely not a sample!) used almost as another instrument, all wrapped up with what sounds like TV "Charmed" series "magic happens" piano sample. "White Ship" is an incredibly layered and rich track wherein reminiscent of Between the Buried and Me or even Machine Head’s "The Burning Red".

There’s variety and skill, as these riffs, much like Mastodon’s on "Blood Mountain", are not the easiest ones ("Dinosaurs" and "Mountain of Snakes" recalling Gorguts for complexity), plus Jourk Shapa is a phenomenal drummer, just listen to the rolls on "Left Skull Prison" from 3:28 to about 4:10 and you’ll agree. The songwriting is incredibly spread out yet the album flows very well from one song to the other. The punk-based songs are interlaced with the slower or more experimental songs recalling the great balance of albums such as "Superunknown" or "Dirt". In fact, I would put "Yin" right next to "Superunknown" on my shelf in terms of amount of work and variety put into it. Likewise, the album will reveal itself to you only after a third spin and it is easy to dismiss it if you’re not patient. If you do give it a patient ear it will reward you tremendously. Chances are I still haven’t plunged the depths of it yet.

While on "Yin" Ayahuasca achieves the incredible task of making punk rock seem very complex, I do prefer their more experimental, slower and moodier side (such as "White Ship") as some of the straight punk is similar even after consecutive applications whereby "Collapse of A Lifelong Lie" is a filler in comparison to the rest. I would love it if they took up that experimental eclectic direction on the next album as they are obviously intelligent, thinking and creative bunch if the choices of the spoken word samples or the smart, sarcastic lyrics are any indication. Chances are that if you miss Alice in Chains (like me) and appreciate Soundgarden as well as pre-"Crack the Skye" Mastodon while not minding punk rock in the most surprising moments, in short, if you have an open mind, you will dig "Yin". It may not be an easy album to absorb but then again no truly great music is.