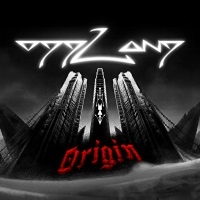 The debut album of this Finnish progressive outfit, "Treachery of Senses" was an excellent piece of melodic heaviness evoking comparisons to Opeth, Barren Earth and Nevermore. The album was very catchy and memorable while progressively ambitious. Here we are, four year later and the band changed the logo and music, in my estimation for worse, except for the vocals which have been significantly improved, but I’ll get to that later. With one notable exception, there’s nothing as captivating here as "Aisle of Array", "Pass The Gates" or even "Lines of Silver Blood", because, most of the time, the memorable parts are overwhelmingly never repeated in one song, which for me is the easiest way to kill it. When they’re aggressive they now evoke comparisons to Anubis Gate and Misery Signals and perhaps Between the Buried and Me in the way they change on a dime, even though Oddland isn’t anywhere near metalcore nor is no longer as melodic as those bands. The production is cold as ice but it has a bluesy-jazzy feel to it also. It has resemblance to prog rock but it’s definitely metal. Instrumentally, a lot going on, fills, textures, music within music but sadly with most of the rare melodies replaced with atonal dissonant riffing that resemble soulless djent. I don’t understand the need for so much soulless djent riffing as it gets boring and distracting after a while not to mention that it can kill a great melody or fill.

The only song I feel is easily on par with their debut and actually touched me to the core both musically and lyrically is "The Unknown", structurally similar to Opeth’s "Porcelain Heart" off "Watershed" album, perhaps in part because it is one of my favorite Opeth songs. Sakari Ojanen soulfully sings "feel your arms, you aren’t alone, no, fill your heart with all of the unknown", and I feel great tragedy throbbing underneath his voice. I appreciate how the track builds up from Pearl Jam-like opening to Toollish riffing (wonderfully devoid of djent) and then Opethian chorus (thankfully repeated twice in the song), for Sakari’s marvelous vocal delivery, and how it ends with dual vocals, Sakari singing different parts of the chorus on each, recalling Katatonia. The vocals of Sakari Ojanen are incredibly rich, warm and emotional and he sounds like Michael Akerfeld meets Jonas Renkse (Katatonia) and the band like Opeth and Katatonia in the more peaceful moments. He really is comparable to Michael Akerfeld the most, though, in the way he annunciates every word and how he uses the vocals to stop and go the music. But he also has his own tone and I like how he can express a wide range of emotions just once using semi-growl while most of the time he just sounds naturally even when expressing anger. As stated before, his vocals have improved noticeably tremendously. Too bad that, in my view, not much more has turned for the better.

Oddland has a lot going for them, the musicians definitely know their instruments professionally and are capable of delivering quality music (vide: "Treachery of Senses" album), but unfortunately, the band seems to be too all over the place and there are really very few catchy or memorable moments. In the pursuit of greater originality and heavier sound they have become less memorable and harder to absorb even after a few applications of the album. This is their second offering so no panic as they sure have plenty of room to grow. I strongly recommend that you give "The Unknown" a listen, though.