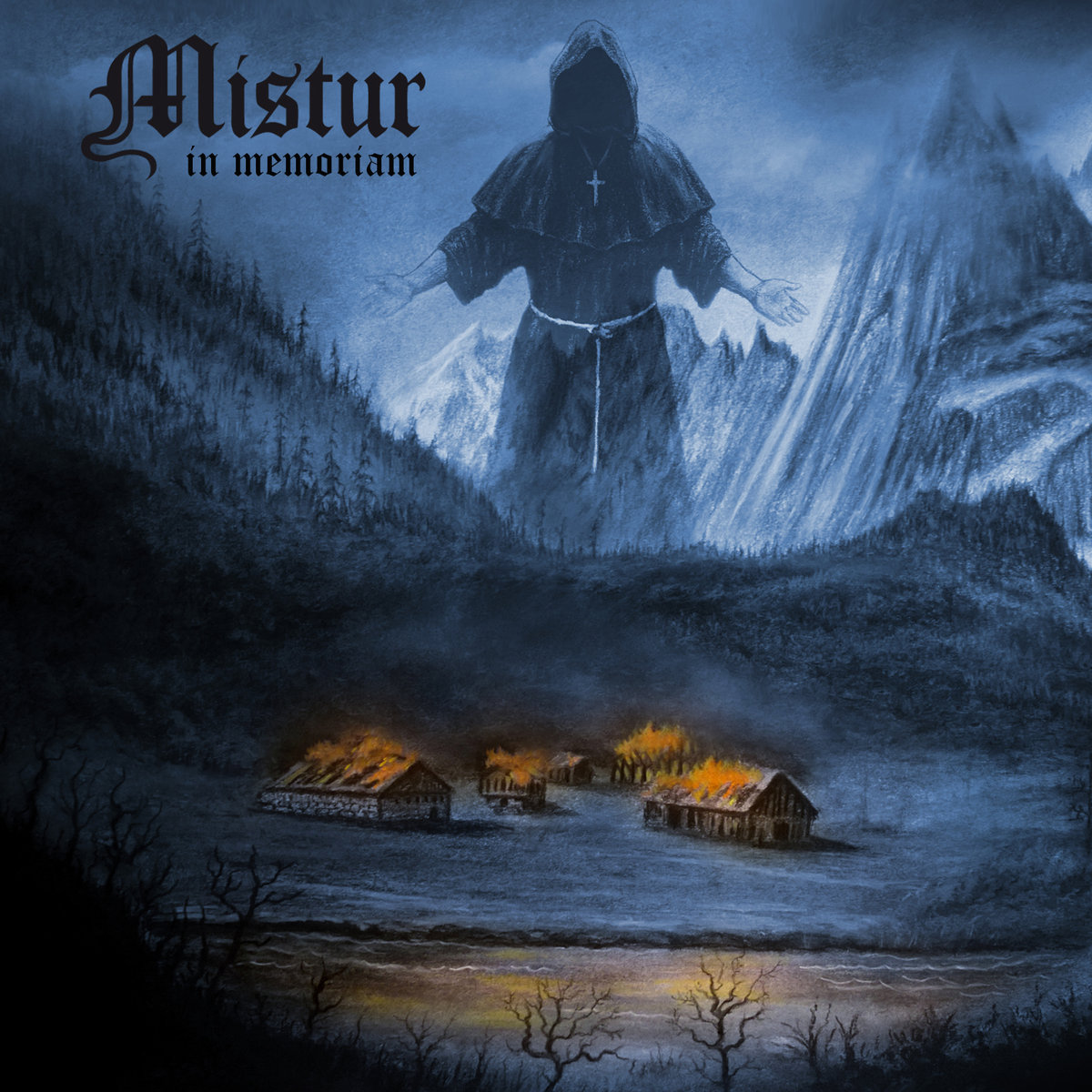 «In Memoriam» is one of those albums that looks instantly appealing the very minute you glance at its cover and read through the titles and so on, so naturally I was quite intrigued by the whole thing. The epic and majestically sweeping "Downfall", which serves as the introductory song, rather quickly told me that I was in for an awesome musical ride. With an emphasis on melancholic melodies and grandiose soundscapes, "In Memoriam" takes one through sublime and vast spheres filled with longing and loneliness. The symphonic aspects of the record are neither overblown nor cheesy, and the vocals are strong and convincing. The production appeals to me in that Mistur have neither opted for a clinically sterile nor muddy sound, but something that seems to fall somewhere in between; slightly rough around the edges here and there and yet powerful and clear. Some tunes such as "The Sight" and "Tears of Remembrance" have an almost darkly romantic vibe to them that is highly captivating and addictive.

"In Memoriam" is a strong and solid album that is well-worth investing in. As it is neither repetitive nor predictable, one can keep listening to it without losing interest and focus, which, as you know, is hardly the case with the majority of folk/pagan/black metal releases that are constantly washing over us and ruining my already grumpy mood. I am really digging these 6 rather long and dynamic songs that constitute "In Memoriam". Support Mistur and check these guys out on Bandcamp. They deserve it.