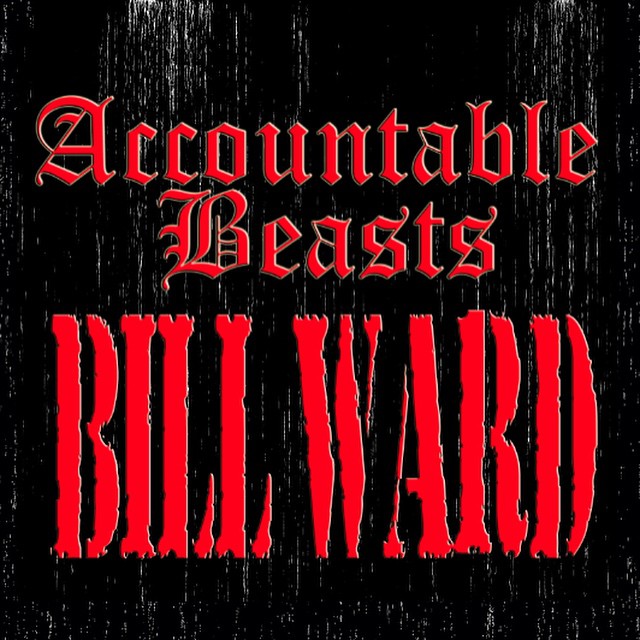 I have been waiting eagerly for years now for legendary Black Sabbath drummer Bill Ward to release another solo album. While his first effort entitled «Ward One: Along the Way» (1990) boasted a handful of strong tracks, the follow-up entitled «When the Bough Breaks» (1997) was the one that really drew me in and made me a fan of his unique and otherworldly music. There has been much talk over the years on various Black Sabbath forums and whatnot about an as-yet unreleased solo album by Ward named «Beyond Aston», so imagine my surprise when I got out of bed one morning not long ago and while sipping my morning coffee read that Bill Ward had released a brand new album on iTunes. I nearly choked on my coffee out of sheer joy. Let us have a closer look at the album that is «Accountable Beasts», shall we?

«Accountable Beasts» contains 9 songs that are both memorable and challenging. One cannot grasp or understand the depth of this album by merely listening to it once or twice. One has to be patient and open-minded in order to reap the rewards of listening to this brilliant piece of work. Bill Ward himself handles drums, vocals, and keyboards while the band comprises Keith Lynch (guitar, bass, keyboards, and vocals), Paul III (bass), Ronnie Ciago (drums and percussion), and Walter Earl (percussion). As evidenced by this album, they are all mindblowingly great musicians. The melodies and riffs are unique, the bombastic drums and percussive parts rule, the bass lines are clever, and the keyboards add a lot of atmosphere to the songs.

So many moods and emotions are covered by the 9 songs that make up this beauty of an album. Certain parts are melancholic and morose while others are uplifting. Some of the songs have a lot of drama to them, and I must say that Bill Ward’s vocals underline and enhance this dramatic atmosphere and somewhat cinematic aura perfectly. While some of you may recall his vocals on «It’s Alright» and «Swinging the Chain» by the mighty Black Sabbath, his way of singing on this album is more…well, emotional and personal somehow. I have a hard time describing how his vocals on this album go hand in hand with the music, but who cares, because the result speaks for itself. Just listen to «As it is in Heaven» or the epic and massive «The Wall of Death» as those two tracks should be more than enough to convince you of how awesome this album is.

There is absolutely nothing conventional, traditional, or predictable about «Accountable Beasts», and that is all the more reason for you to love and cherish this album. It will surprise, move, and haunt you. The songs certainly got under my skin and I cannot shake them now. They keep lingering in the back of my mind. While some will probably deem «Accountable Beasts» an avantgarde piece of music, or a progressive rock album for that matter, I dare say that labeling this kind of music is a futile exercise in that it simply transcends barriers and genres. One can find elements of heavy metal, hard rock, progressive rock, ambient music, blues, jazz, and the list goes on. This is Bill Ward, damn it! Just do me a favor and listen to this album with your eyes closed, and then listen CLOSELY. To put it briefly, «Accountable Beasts» is a musical treat.

SULPHUR AEON – Gateway to the Antisphere