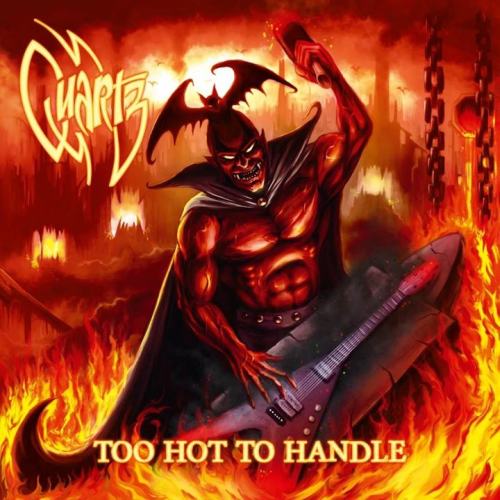 QUARTZ – Too hot to handle

Quartz is one of those NWOBHM band you probably have heard about but never gotten really into. The name have "allways" been there but as in my case, I´ve never gotten around to really give them a proper chance during the years.
MY MISTAKE!

Quartz is one of the pioneers of the NWOBHM debuting back in 1977 with their self-tilted full-length. They have never been very productive so over the last 37 years they have only released 4 full-lengths and that may have been the reason I have been ignoring them.

"Too hot to handle" is a compilaton of unreleased material produced over the years that have never gotten into a proper release and I can tell you right now, this is good heavy metal. Great melodies with a beautiful vocal on top that takes you back to those sweet early days of heavy metal. A lot of harmonies and some really catchy hooks makes this comp a great listen and for those who still havent gotten into Quartz a great starting point as any. Of course their debut and both of their 1980´s releases should also be checked out. This is proper NWOBHM and I´m sure you will like it!

LOCH VOSTOK – From These Waters