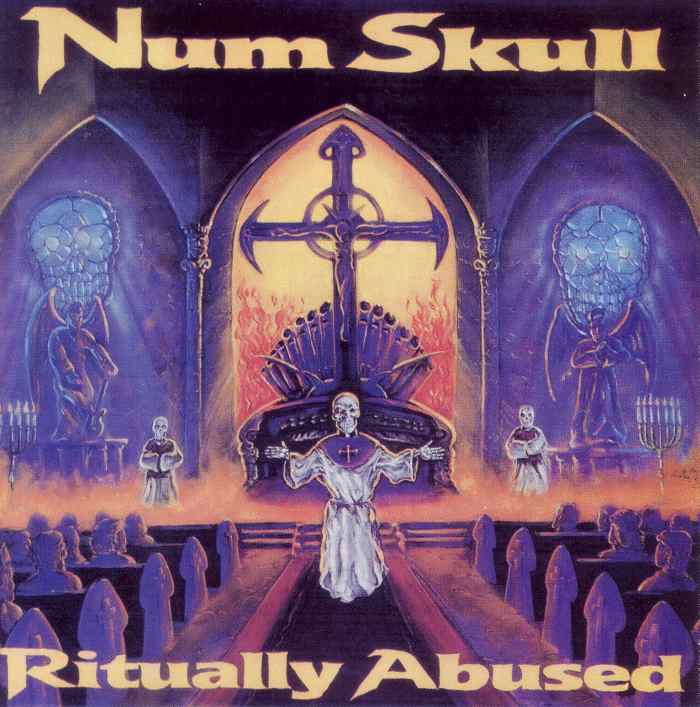 Hidden behind the true gems of early US thrash where a band called Num Skull.
This five piece deserved better and now their formidable debut "Ritually Abused" (originally released back in 1988) finally sees the form of a re-release.
This is uber heavy and sonically fast thrash metal in the early veins of Slayer and Possessed and belive me, this is good!

Their debut contains all that the retro thrash bands of today tries to emulate but few manage. This is angry pissed off thrash ala the first Exodus album, only rawer.

Num Skull only released three full-lengths since their inception back in 1985 and sadly folded after their 1996 output "When Suffering Comes". A few of the members did carry on in various other death and thrash metal acts but none of them managed to recreate the massive and crushing punch that Num Skull had on their debut.

HORN OF THE RHINO – Summoning Deliverance