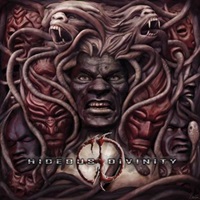 Forming in Norway these Italians would soon return to their homeland by 2010, adept in their technical death metal style. The quintet release a second album "Cobra Verde" that arrests, pumps, and careens against all sides of the cranium. "The Somber Empire" contains swarming guitars, a blitzkrieg of double bass blasts and insane fill work around killer, slow moving double guitar harmonies during the instrumental section while Enrico Di Lorenzo gurgles from the growl swamp of destruction. We get 9 songs: 8 originals plus a brutal cover of the Ripping Corpse track "The Last and Only Son" – an underrated NJ band from the early 90’s that made quite an impact years later on the future bands who deliver uncompromising tech death today.

Matching vocal and musical intensity is a key strength for the band – check out "Salt in the Martyr’s Tear" where the bluesy lead break offers contrast to the otherwise vicious, almost militant picking and tempo barrage. It’s important that bands of this aggressive and extreme nature offer dynamic moments to make the full throttle moments memorable – even if it’s a quiet transition or more of an upbeat thrash section before the next blasting rhythmic assault, as "Sinister and Demented" delivers. Overall though, Hideous Divinity is all about vicious death metal, and these Italians are deserving of the praise they receive based on this record. Torturous screams, ringing out notes, double kicks that build leg muscles in mere seconds- this is an adrenaline rush most death metal followers won’t soon forget.

"Cobra Verde" will be a tough act to follow.