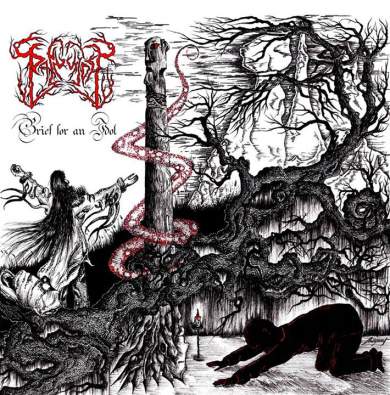 PANYCHIDA – Grief for an Idol

Panychida is a very interesting Czech band that performs atmospheric and epic pagan metal. This is my first encounter with it and I must say that I am pleasantly surprised. One way of classifying the band would be to state that it sounds like a mixture of black metal, viking metal, and pure heavy metal, but I still think that would be to sell the band a bit too short, because these guys not only have a very good ear for catchy melodies and strong riffs, but a knack for combining different influences and inspirations and turning those into a thing of their own and making the whole thing flow rather organically and naturally. I can even detect a few death metal influences here and there among the many genres that Panychida touch on, and before I forget I should mention that the vocals are varied as well. "Grief for an Idol" is a moody, melodic, and well-arranged album containing plenty of good songs that certainly keep me entertained whenever I listen to them, and it most certainly doesn’t hurt that V’gandr (Helheim, Taake) has provided lyrics and vocals for the track entitled "Minnestund", which is probably the best song on this disc. The sound and production could have been a bit more bombastic and heavy, but fans and lovers of pagan and medieval metal ought to check this out nevertheless.

BLOOD RUNS DEEP – Into the Void