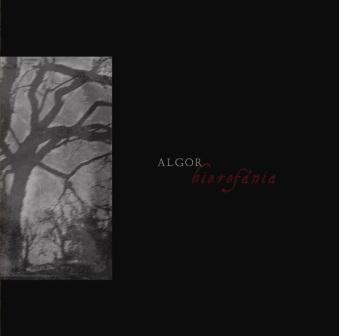 Algor hails from Slovakia and performs atmospheric and somewhat melancholic black metal with a few avantgarde undertones to it. The music is neither inhumanly raw nor lo-fi as such, but the guitars are fittingly gritty and I wouldn’t call the album polished. Rather, it has that underground sound and vibe to it that I like as opposed to some sterile or clinical bullshit. Algor manages to evoke a symphonic and epic atmosphere that is quite captivating at times. A few subtle nods to Bathory and early Dimmu Borghir are discernible here and there, but judging from this album I would say that Algol is neither a cheap copy nor a rip-off of anybody else. I really like the use of keyboards in songs such as "…A posvätno sa prejavuje" and "Lesovik" and the way in which they underline and compliment the melodies and riffs. The aggressive "Stretnutie s posvätnom" and "Mysterium tremendum" offer some variety to the whole thing in that they are more in-your-face and old-school sounding compared to some of the more majestic compositions that are to be found on the album. The vocals could certainly have been a bit more diverse and there is room for improvement in that area, but nevertheless they get the job done. If symphonic, melancholic, and epic black metal is your thing then by all means give "Hierofánia" a spin or two.