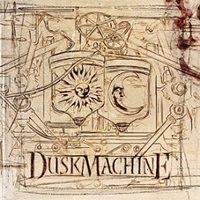 My ears and eyes perk up when you have proven players in the metal business forming a new outfit. Joe Comeau is known in certain circles for his guitar skills in Overkill, while others know vocally what he can do with Liege Lord and Annihilator. Drummer Randy Black also played in Annihilator and currently drums for Primal Fear. Originally this group formed in 2004 and put out their debut album "The Final Fall" in 2005, but the band has been on the backburner due to lineup changes and Randy’s workload with Primal Fear. This second self-titled album should put the four-piece back on the map, as these 10 songs are an impressive crossover of power/thrash and groovier oriented metal that should get many metal heads banging and stomping away.

Songs like the mid-tempo "Bloodshed" and double bass frantic speedster "Conquer All" provide ample impressive riff movements, aggressive yet melodic vocal parts, and searing arrangements that go for the throat and leave nothing on the table. An interesting guest appearance on the acoustic-oriented ballad "My Empty Room" comes in the form of Yes/ Asia’s Geoff Downes, his piano and keyboard work reflective of this emotionally tender track. Duskmachine get more brutal on the militant gallop-natured "Hands of Fate", something that Nevermore, Grip Inc. or even Brainstorm would be proud to hang with guitar-wise- along with some surprising faster, almost blast beat moments from Randy that work. Joe’s voice on this material covers all facets of his range- clean and/or aggressive depending on the needs of the verse, chorus, or bridge.

I know plenty of people who love this sub-category of power/thrash that isn’t always in one particular tempo of fierceness and has the flexibility to go all over the map in terms of highs and lows- and "Duskmachine" as such is a fine 10 song record. Let’s hope we can get a third album out before 2020- as the formula works.