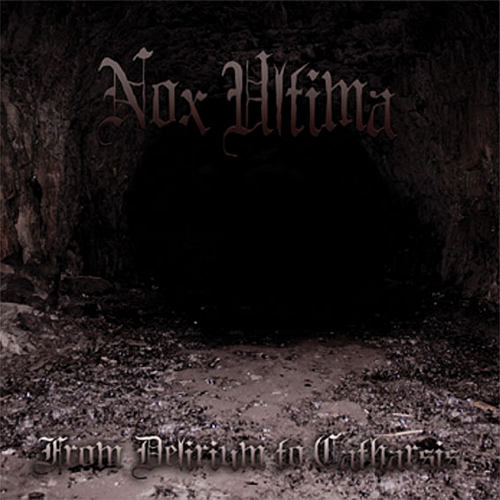 NOX ULTIMA – From Delirium to Catharsis

After a string of demos and an EP the Finnish horde known as Nox Ultima has vomited forth its debut album, which is entitled "From Delirium to Catharsis". The album contains 8 songs that sound like a mixture of mid-tempo black and death metal to my ears.

None of the 8 tracks on the disc stand out and the album never really takes off and delivers any highlights. Sure, decent riffs are to be found here and there, but all in all the songs just kind of melt together and none of them stand tall on their own. The semi-growled vocals don`t do much for me either and sound pretty generic.

The music is neither downright raw nor heavy and punchy, but rather somewhere in-between. To be perfectly honest with you, this release does very little for me and doesn`t provoke or excite any emotions or moods whatsoever. It sounds like countless other insignificant black metal releases out there, but hopefully the next Nox Ultima album will be better. One can always hope, right?

MAVETH – Coils of the Black Earth