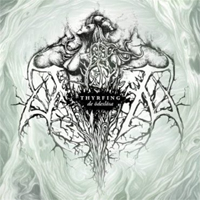 Thyrfing has been a wild card for me the last 10 years. They have produced some outstanding albums, specially 2002´s "Vansinnevisor" and some that I regard as total misses. Their kinda unique form of viking metal with strong black influences combined with the melodic aspect on their last effort, 2008´s "Hels Vite" did not do it for me so I was not very hopefull when I gave "De Ödeslösa" its first spin.

The surprising factor that first enables itself is the rawness. The Swedes sounds much more aggressive than earlier but I dont know if that is a good or bad thing. The production is much darker but still top notch. The vocal is very prominent in the mix and that makes the songs very powerfull. The music is very Thyrfing as you may know them. Good songs with massive riffing and cool arrangements but not something that we have not heard on earlier releases. They stay true to their (winning) formula on their seventh studio album since their debut back in 1998 and even though "De Ödeslösa" does not achieve the same level of exitement as "Vansinnevisor" or their self tidtled debut its still a very good and enjoyable album and suggest you give it a try even if you´re familiar with Thyrfing or not.