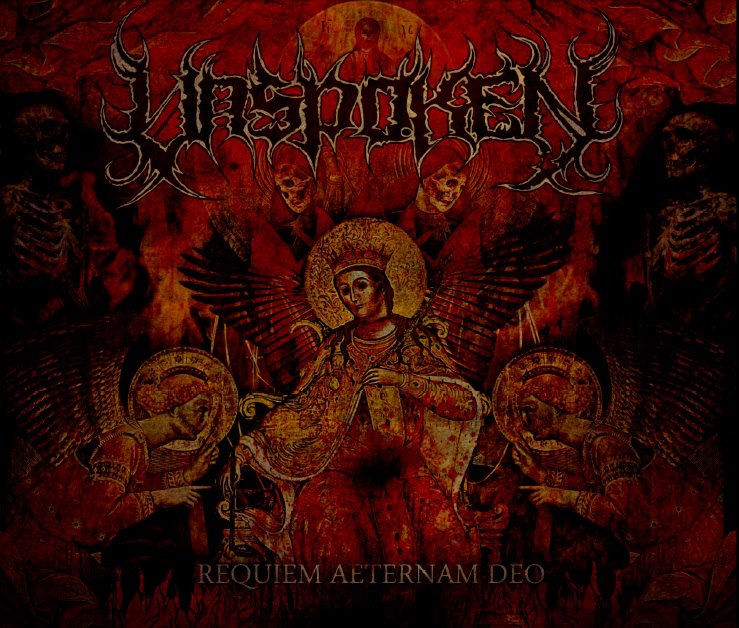 Death metal can come in many different shapes. You have the (happy, go lucky) melodic approach, the primitive approach,  the fast combined with the technical approach and then you have the dark, heavy and evil way of doing it. Unspoken from Oslo clearly falls into the latter department with their second  full length release since their debut "Primal Revelation" back in 2006.

This is death metal in the veins of early US east coast and a name like Incantation can be used as a reference point in lack of a better way of describing "Requiem Aeternam Deo". Fairly low growls combined with low tuned guitars at mid pace  tempo makes it an interesting listen and a fresh addition to the growing Norwegian death metal scene.

The songs create an gloomy atmosphere but the riffs never makes it boring or still standing. The arrangements works splendid and the music  never stagnates or become to repetitive. The technicality of the material is quite advanced, they just don’t make it become a selling factor, "Requiem Aeternam Deo" is all about the relentless blasting  death metal feeling we all crave. The additional factor to remember Unspoken about is the vocal. Straight in your face but with enough feeling that it seems real and not forced. The production is good but I sometimes wished the vocal could be more prominent in the wall of sound that hits you.

Unspoken delivers well on all fronts and as said earlier, they make a great addition to the growing Norwegian death metal scene.